Alice Cooper is turning 75 in 2023. And prior to his big day, “Alice Cooper @ 75”, will be released on January 31, 2023! You can expect this illustrated biography to highlight his amazing career through the lens of 75 key events, releases, and collaborations! 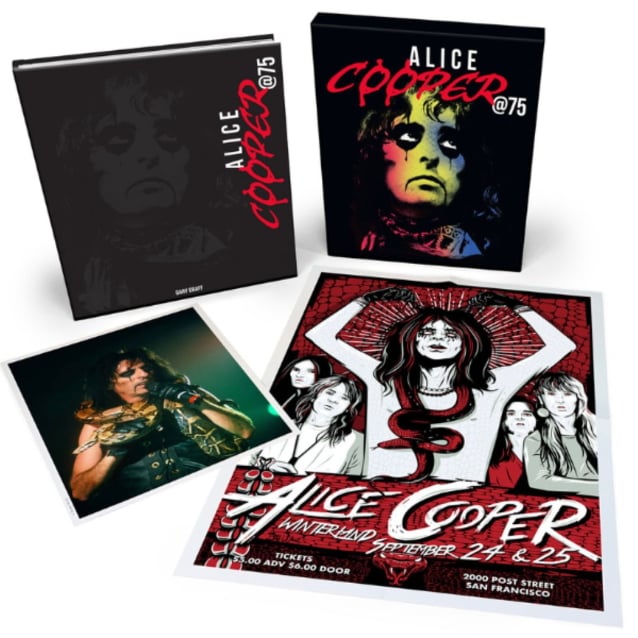 * Cooper’s childhood in Detroit and Arizona and early garage bands The Earwigs and The Spiders
* All 28 studio albums, including those as frontman of Alice Cooper the band
* The greatest single like the classic-rock standards “I’m Eighteen”, “School’s Out” and “Welcome To My Nightmare”
* Collaborations with artists including Slash, Dave Grohl, Johnny Depp, Wayne Kramer, and many more
* Associations with notable guitarists, including Glen Buxton, Nita Strauss, Orianthi, and others
* Non-musical passions like classic cars and, of course, golf; his tireless charity work
* His relationship with wife and entertainment accomplice Sheryl