“…my new album will be out before the winter, I hope.” Ted Nugent Is Working On A New Album!

Politics aside, Ted Nugent kicks ass. And he recently did a YouTube livestream and confirmed that he’ll soon be working on a new album to follow up 2018’s “The Music Made Me Do It”, “Jason [Hartless, drums] and Greg [Smith, bass] and I will be in this sanctuary in the Ted Nugent man cave cuckoo’s nest of sonic bombast delight starting in about 10 days… No, one week — holy shit! — one week from today, on Father’s Day, we will begin recording Ted Nugent Detroit muscle, outrageous, killer, grindmaster rhythm-and-blues rock and roll songs. I can’t wait.” 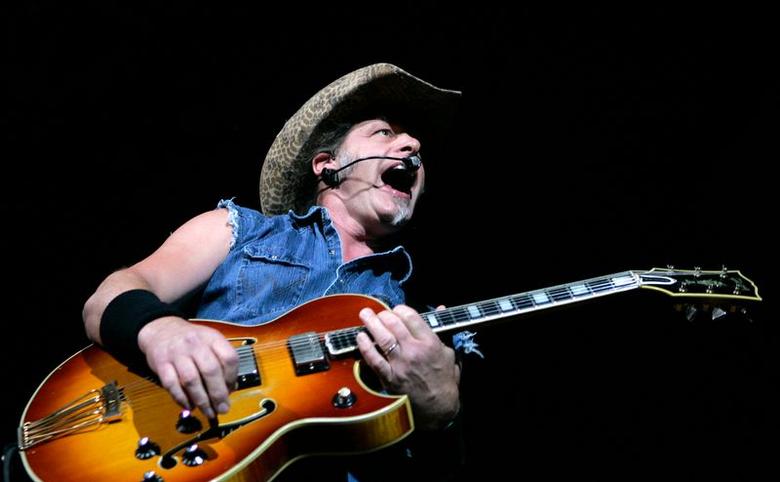 Nugent continued, “Jason Hartless — best drummer on the planet. Greg Smith — best bass player and a killer vocalist. And we’re gonna come in here and unleash 10 monster songs — killer new songs for a killer new record that we’re gonna record in the next couple of weeks. And I hope to God that the Ted Nugent Detroit muscle CD, or however they do it nowadays — the record, my new album — will be out before the winter, I hope. Maybe before hunting season, ’cause we’re gonna wrap it up here in the next month.”

Nugent has sold over 40 million albums worldwide and has played nearly 7,000 shows. And apparently there’s still some life left in him.