10 years later, Miley Cyrus has taken to her Twitter account to retract the apology she made in 2008 for a series of almost naked photos posted in Vanity Fair. 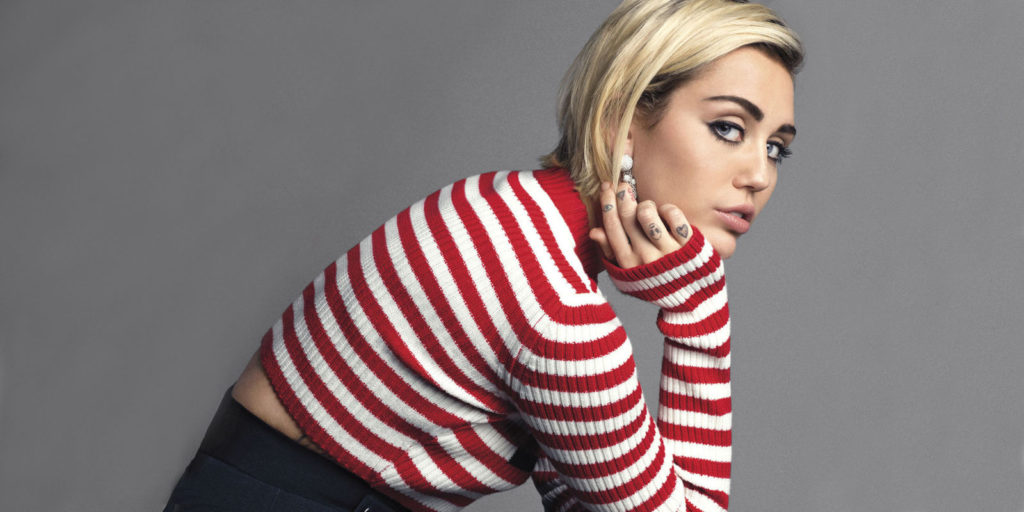 The photo (shot by Annie Leibowitz) was condemned by some who said it was at odds with the then 15-year-old Disney star.

Cyrus apologized at the time but apparently, she’s reconsidered. 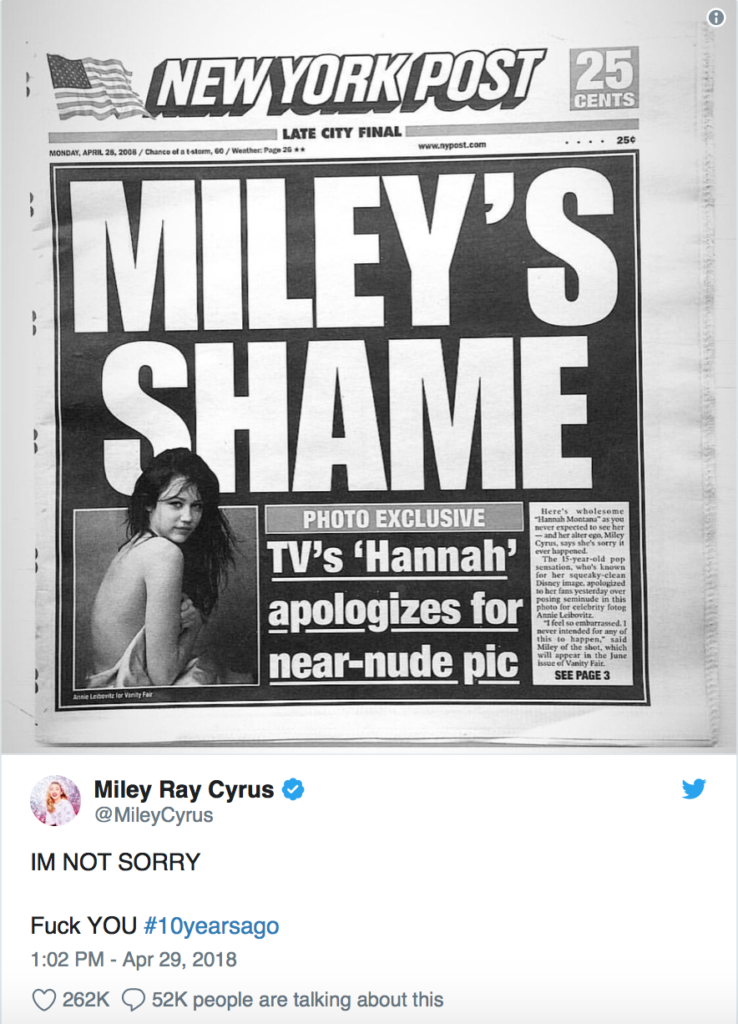 At the time the photos were released, Cyrus said, “I took part in a photo shoot that was supposed to be ‘artistic,’ and now, seeing the photographs and reading the story, I feel so embarrassed.”

Good on ya Miley. You tell ’em!