Metallica’s lead guitarist Kirk Hammett was interviewed by the Brazilian radio station 89FM A Rádio Rock at last month’s Lollapalooza Brazil and the conversation turned to Donald Trump for a quick sec (watch the video below). 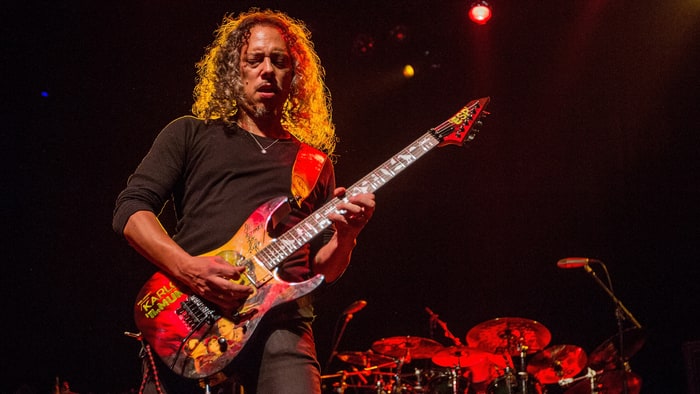 Here’s what Kirk said when asked if he thinks the United States Of America will change now that Donald Trump is in the White House: “Well, you know, it’s gonna be a very interesting four years. But everyone has to remember — it’s just gonna be four years. It’s highly unlikely that it’s gonna be eight. I’m not a prophet, but that’s what I think. But, you know, I think we’re gonna be in for a pretty interesting ride, and we’ll see what happens at the end.”

This isn’t the only time members of Metallica have spoken out about Trump – drummer Lars Ulrich has also voiced his dislike of Trump.

Hammett tweeted about Trump’s inaugural address, “To say America is not great, that it lacks greatness, sets up a scenario for manipulation and control from others —pay attention, people!”