They released ‘Liberté, Egalité, Fraternité, Metallica! – Live At Le Bataclan. Paris, France – June 11th, 2003’ on CD as part of the event, in honour of victims of last year’s massacre at Le Bataclan. Proceeds will go to charity. 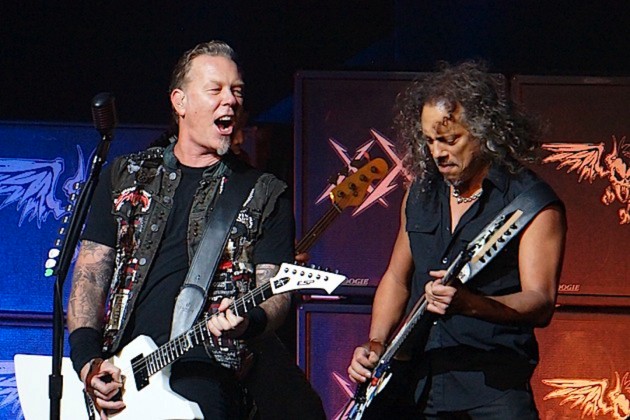 Metallica streamed the show live, with singer James Hetfield also commenting on the role of record stores, “Metallica has been lifelong supporters of record stores and indie retail, because… well, because we grew up with it and no one would play our stuff, so that’s where would meet friends, meet fans, hang out at the record stores and get to find out what cool new music is out there.”

Meanwhile, drummer Lars Ulrich has hinted that their new album is “almost done” (it will be their first since 2008 release ‘Death Magnetic’).

“I’d say it’s mostly done,” Ulrich said. “There are all these other responsibilities that have to be taken care of. Life in Metallica these days is not only about making a record; it’s about these things and we played a show at AT&T Park and he does this, I do this. We have all these sort of different things that we turn to. But the record gets worked on where there’s absolutely nothing else going on.”