Metallica has posted a remastered version of their classic “The Four Horsemen” from their forthcoming deluxe edition of ‘Kill ‘Em All’. 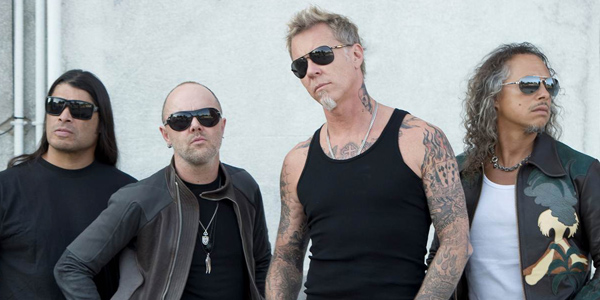 Metallica announced they’d be re-releasing their first two albums, ‘Kill Em All’ and ‘Ride The Lightning’, as deluxe box sets as part of Record Store Day 2016, on April 16.

The band recently posted a couple unreleased live tracks that will make the ‘Ride The Lightning’ deluxe box set, featuring their cover of Diamond Head’s “Am I Evil?” and their own ‘Motorbreath’, both songs from a show at San Francisco’s Kabuki Theatre on March 15, 1985.

Talking about the upcoming releases, drummer Lars said, “There’s been this dichotomy between the new record, moving the band forward, and all this great stuff that’s happening in the future… We’ve had one foot in the past, sifting through old photos and old memorabilia and listening to old songs, and another in the new album. It’s been a confluence of all these different energies, and I’m not even sure exactly what to make of all of it.”

Ulrich added: “What am I, 52? So I’m usually taking care of my kids, being a husband, hanging out with my friends, doing my thing and making a record, all this type of stuff. It’s awesome to feel my age. But when the four of us are together, it’s like the median age of all of us just drops and drops.

“We get very silly, very childlike. There’s a lot of adolescent humour. This is a bunch of 52-year-olds trying to make sense of all of it. David Lee Roth or somebody once said, ‘The more people you put in a room together, the lower the IQ gets,’ and there’s definitely a sense of that when all of us get together. It’s kind of nice to a degree that you can still feel young and spunky and vibrant. I still think that we feel kind of young and like we have something left to prove. We’re still sort of trying to figure it all out.”