Metallica Has “Lots’ Of New Material To Share With The World”!

Metallica drummer Lars Ulrich was recently a guest of Zane Lowe on Apple Music and ran down his “At Home With” playlist. Ulrich talked about writing music for the follow-up to their 2016 album “Hardwired… To Self-Destruct”, “Between you and I and nobody else, we have a call at two o’clock today, the four of us, to talk about what’s next, after spending the two weeks in the bubble and having the best time ever reconnecting. We’re looking forward to what’s next.”

“Lots of material to share with the world.”@larsulrich selects music from home with @zanelowe and talks what’s next for @Metallica. #AtHomeWithAppleMusic

“We’ve spent a few of the summer months trading riffs, trading ideas, throwing creative thoughts back and forth through Zoom calls and through other technologies. And we’re looking forward to getting to it. [There is] lots of material to share with the world. And it’s just a matter of the practicals and being able to sort of figure out how to get it going as quick as possible.” 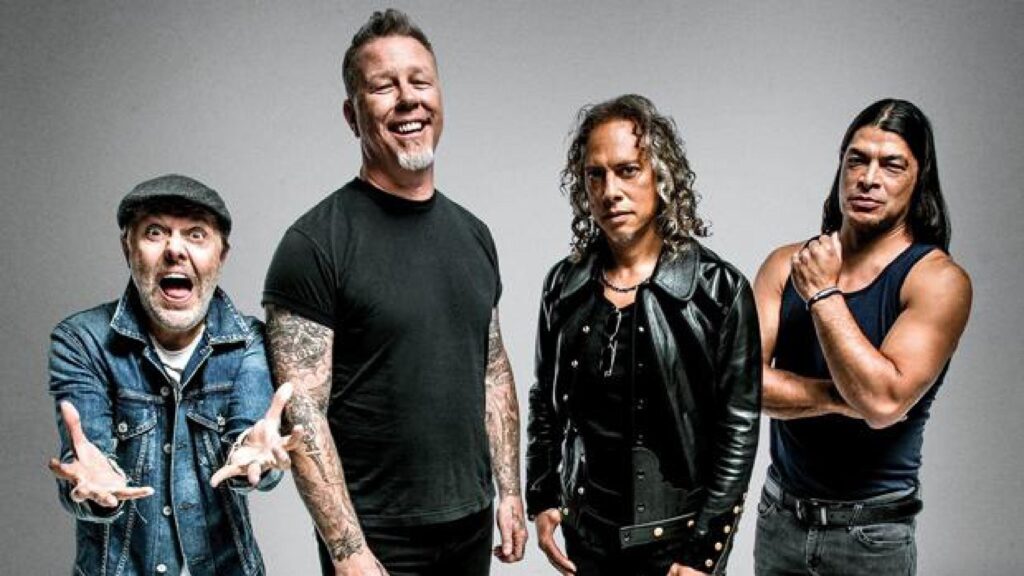 In early May ’20, they released a new version of “Blackened”, with each member recording from their own home. Check it out, if you haven’t heard/seen it yet.

Late last month Metallica did a live show and broadcast it into hundreds of drive-in and outdoor theatres across the U.S. and Canada.

Their last album “Hardwired… To Self-Destruct” debuted at No. 1 on The Billboard 200 album chart and sold 291,000 copies in its first week of release.