Carpool Karaoke is about to spin off to Apple Music. And there’s a trailer featuring John Legend and Metallica to get you ready! 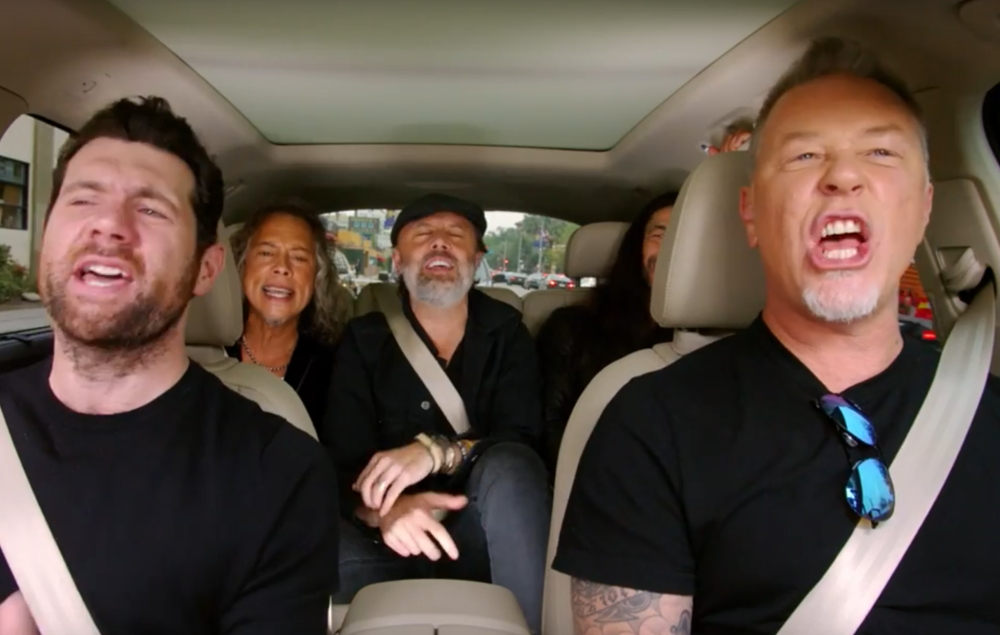 The Late Late Show segment, which has Host James Corden singing with celebrities in a car – will be Apple’s first foray into TV content.

Metallica cover Rihanna’s ‘Diamonds’ and stopping off at a supermarket for a rendition of ‘Enter Sandman’.

Will Smith is also in the teaser – with James Corden, rapping ‘The Fresh of Bel-Air’ theme and singing R Kelly’s ‘I Believe I Can Fly’ in a helicopter.

The Apple series will feature 16 different celebrity pairings – a release date has not been announced yet.