Have you heard about this project?! Fake Names is comprised of Brian Baker (Minor Threat, Bad Religion), Michael Hampton (S.O.A., One Last Wish), Dennis Lyxzén (Refused, International Noise Conspiracy) and Johnny Temple (Girls Against Boys) and will release its self-titled debut record on May 8 on Epitaph Records!

Although Fake Names seems like a new band, they’re not. They formed in early 2016 when Baker and Hampton (friends since Grade 1) jammed together at Hampton’s Brooklyn home. They ended up writing a handful of songs on that fateful day and decided to start a band with the music. Enter Temple (a classmate from elementary school) to play bass. Finally, Lyxzén was asked to be their singer! What a lineup! 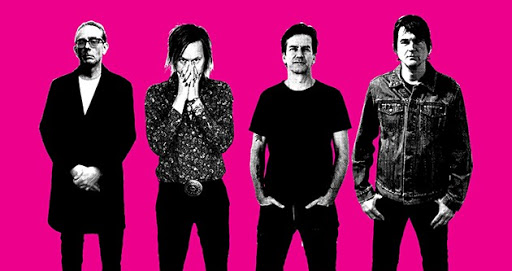 The band’s self-titled debut is a blistering 28 minutes, co-produced by Hampton and Geoff Sanoff and recorded at Renegade Studios.

Which bands would you like to see combine to create a ‘super group’?