Megadeth singer Dave Mustaine thinks The Rock And Roll Hall Of Fame is “opposed” to him being inducted. 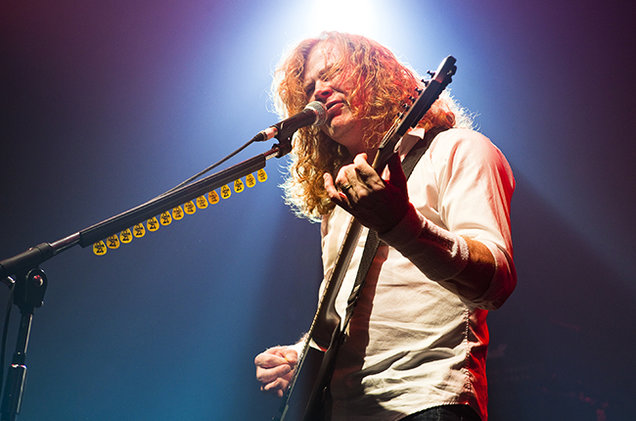 Artists are eligible for entry 25 years after the release of their debut album. Honourees are picked by more than 900 Rock And Roll Hall Of Fame foundation voters (and a fan-based vote online).

When a fan tweeted that it was “past time” for Megadeth to be inducted – Muscatine replied the following: 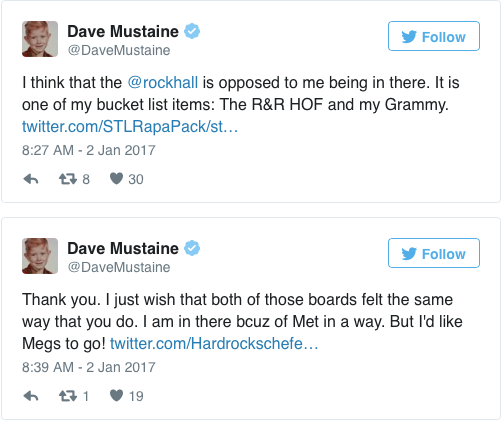 Mustaine told Noisey in 2016 that he was “hoping” to be inducted into the Rock And Roll Hall Of Fame and said that “if they don’t want me in there, it’s okay. I mean, I am in there vis-à-vis Metallica, and no matter what those guys say or what anybody believes about their induction ceremony, they wouldn’t have been there if it wasn’t for me being in the band, because I was there in the beginning, so I have some satisfaction.”

Metallica invited Mustaine to attend their Rock Hall induction. He declined, saying he was committed to a European Tour. Mustaine later explained in an interview, “I’m not gonna sit in the audience and watch the band I started with these two guys get inducted and me not be a part of it.”

Will Megadeth ever get inducted?