Tool singer Maynard James Keenan recently did an interview with The Press Enterprise and said they “just can’t seem to move forward” on their new album.

Media has been trying to get a possible new album release date from Tool for years. Singer Maynard James Keenan said that even though they’ve found common ground through songwriting, the band just can’t seem to move forward.

As of May 2, 2016, it will be 10 years since Tool released an album (10,000 Days). While speaking with The Press Enterprise about his side-project Puscifer, Keenan was asked about the progress of Tool’s new album. Keenan replied, “We’ve found a common ground. We just can’t seem to move forward.” 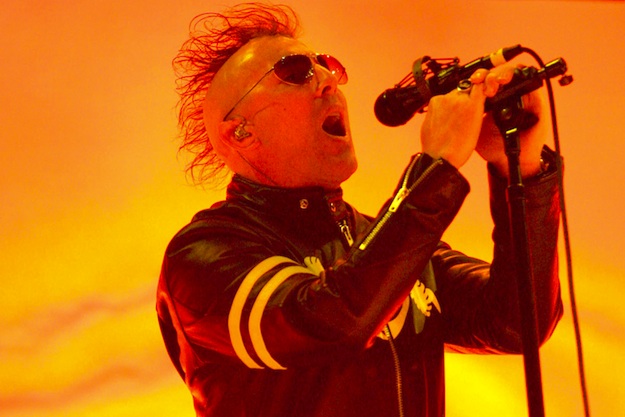 Keenan also spoke about the fan base he’s trying to build with Puscifer. “Let’s say we do the Money Shot tour. And some random date in the middle of the Money Shot tour, we do from top to bottom AC/DC’s Powerage and Let There Be Rock and that’s it. The people in the audience, you’ll have a huge percentage of them that are (mad) because they didn’t get to see the Money Shot songs. But the other ones will go ‘That’s what Puscifer is. We got to see the weird show, the random one,’” said Keenan. “That’s the audience we’re trying to build. We’re trying to build that flexible, forgiving isn’t even the word (fan base). They’re along for the ride.”