This is pretty cool. Mastodon’s lead guitarist / singer Brent Hinds has teamed up with Reverb.com to sell some of his guitars, amps, and more!

Brent’s Reverb shop (PREVIEW WHAT WILL BE THERE) launches Thursday, August 23. You can expect to buy gear that he’s used while on tour and in the studio.

“There comes a time in your life when you have to get rid of everything and for me, that time is now,” Hinds said. “The music gear I’m selling in my Reverb shop is legitimate shit. All of it was heavily used — all over the world on tour, in the studio, and beyond. A lot of early Mastodon work was created on this gear.” 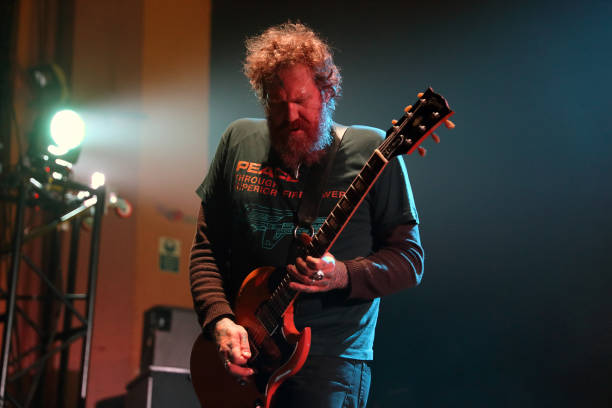 On the page, Brent’s selling a one-of-a-kind Robert Randolph Custom Sierra 13-string pedal steel guitar and played on “Once More ‘Round The Sun” and “Cold Dark Place”.

* A custom Lola double neck electric guitar played on “Crack The Skye” and on the tour to support that album.

* A Hammond Colonnade full-sized church organ used on every Mastodon album ’til “Crack The Skye”.

* A black 2008 Gibson Flying V ‘67 reissue electric guitar used on tour and to record “Oblivion” and “Crack The Skye”.