Westeros seems to see as many celebrities as Sesame Street. Although the two places couldn’t be any more different (one place is inhabited by a vampire, a giant bird, and a mammoth – the other is Westeros) celebrities can’t stop flocking to the locations.

Brent Hinds from Mastodon had such a good time, he’s going back. The guitarist for the Atlanta rockers tells sources he’s set to make another cameo in the seventh season of Game Of Thrones. 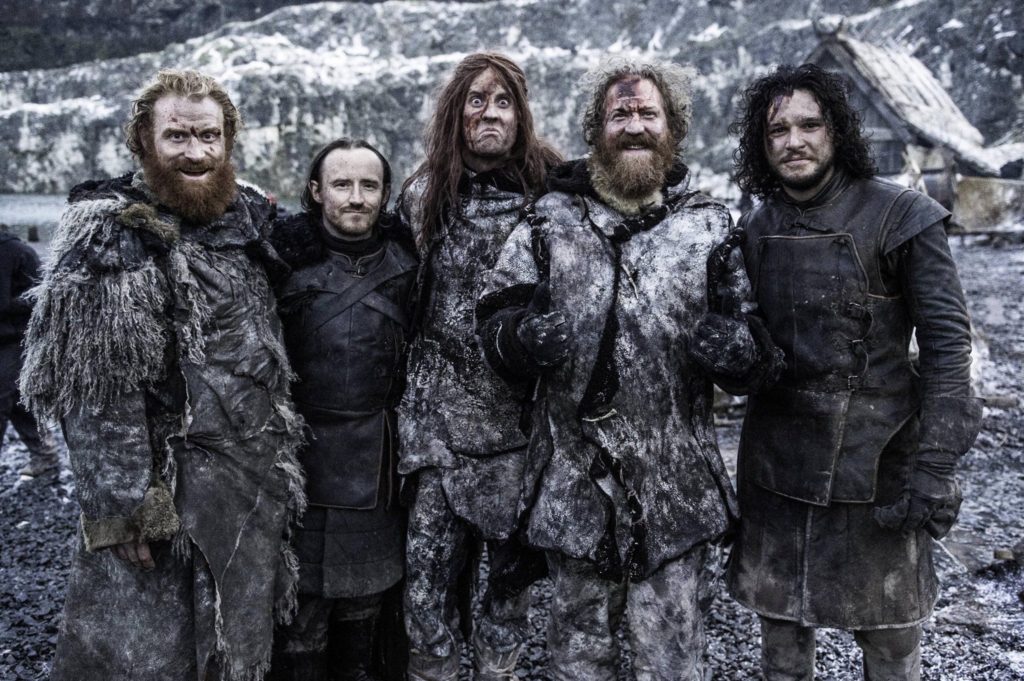 Hinds, along with bandmates Brann Dailor and Bill Kelliher, cameo-ed on a season 5 episode which started with them getting brutally dismembered and coming back as wights (the zombies under the control of the White Walkers.)  Hinds had a great time! And this time he’s made the trek on his own, without Dailor or Kelliher.

Hinds offered sparse details on his cameo (as should be expected on any advance GoT news) but dished a bit on his role –
“I just came back from my second cameo on Game of Thrones. This time, I had my broken leg and they were like, ‘You’re doing the best zombie walk, we want you to come right towards the camera. I want you to drag this axe behind you.’ I’m like a reborn, come to life wildling turning into a White Walker.” – Brent Hinds

Executive producer Dan Weiss is a fan of Mastodon, which spurred the decision to get them on as wild-lings. Mastodon’s a huge fan of Game Of Thrones, even recording an original song for the Game Of Thrones “Catch The Throne Vol.2” mixtape.
Listen to “White Walker” below!

More Mastodon is coming soon – their latest studio album Emperor Of Sand drops March 31st.
Game Of Thrones fans will have to wait a bit longer – the show will be delaying it’s usual April start, instead picking up the next season starting July 16th.