Mastodon’s Brent Hinds had to cancel some tour dates with his other outfit, the Giraffe Tongue Orchestra, after the guitarist publicly announced he broke his leg. 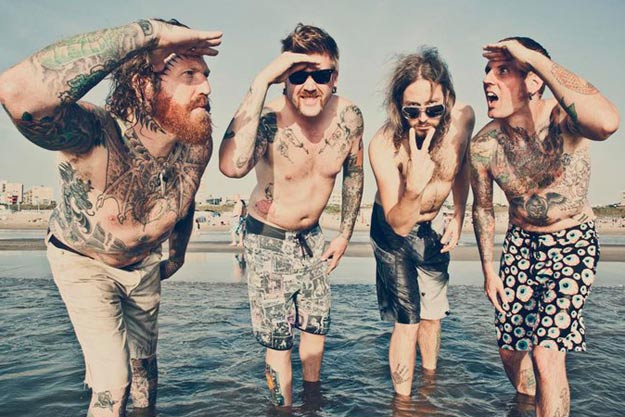 Hinds captioned the picture of his cast (and girlfriend) on Instagram :”broke my fucking leg starting my motorcycle goddamnit. sorry to all the shows I was about to play with gto and west and more and fiend without a face.lifes a bitch then you die. happy thanking !”

Mastodon recently finished their 2014 tour for “Once Around The Sun, “and fans are expecting an early 2017 release from the band.