You get what’s coming to you… former pharmaceutical CEO/Jackass “Pharma Bro” Martin Shkreli got 7 years in prison on Friday (March 9 ’18) for defrauding investors and conspiring to manipulate stock prices. 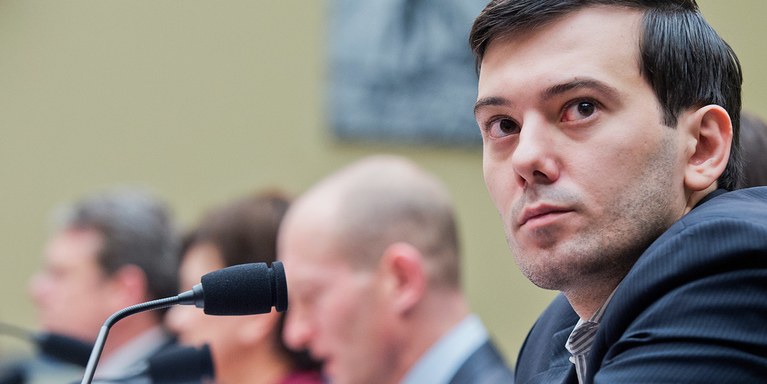 You’ll remember Shkreli as the cold, heartless asshole who raised the price of an important cancer drug by 5,000% percent. He’s lucky he didn’t get more than 7 years, as 27 years was recommended by federal guidelines.

Surprisingly, Shrkeli won’t go to prison for being a prick-bastard, instead for misleading investors about the stock performance of his hedge funds MSMB Capital and MSMB Healthcare.

According to the New York Times, U.S. District Judge Kiyo A. Matsumoto referenced Shkreli’s “egregious multitude of lies” in her sentencing, saying he “repeatedly minimized” his behaviour. Not surprisingly, Shrkeli cried like a baby at the sentencing, saying, “I was never motivated by money. I wanted to grow my stature and my reputation. I am here because of my gross, stupid and negligent mistakes I made.”

Enjoy prison Martin. Get the feeling your cellmates are eagerly anticipating your arrival?