Wynonna Judd said, “After 39 years in the business, I feel that it’s important to pass on what I’ve learned. I look forward to connecting with these women and making ‘herstory!'” 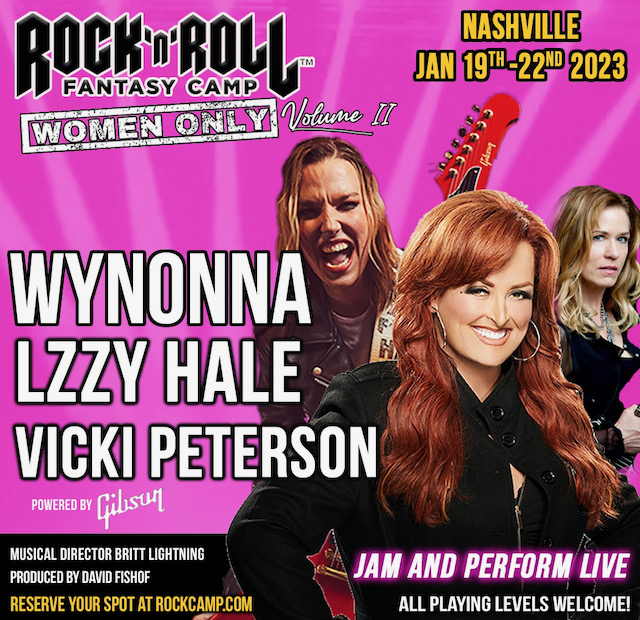 Lzzy Hale said, “I’m so incredibly honored to be involved in the second Women Only Rock ‘N’ Roll Fantasy Camp. I believe it’s so important for women of all ages to experience the power of music, of being on a stage, and the camaraderie of being surrounded by other women who have carved their own path. I hope that some of these girls and women can see themselves reflected in me, and that I can prove that whatever dreams they have are absolutely possible!”

Rock ‘N’ Roll Fantasy Camp musical director and Vixen guitarist Britt Lightning said, “It is a very powerful and striking statement to see a band of all women together, strong and confident rocking out on a stage. Our first-ever Women Only Rock Camp was the most unifying and supportive Camp I have experienced, and I saw everyone from campers to mentors to rock stars really open up and grow, and I cannot wait to see all the amazing women this camp brings together.”

What a cool idea, ‘ordinary’ people being able to perform with their musical heroes. Which musicians would you want to play with?