Tommy Lee has used his quarantine / isolation time to create solo music! You don’t have long to wait for his solo album “Andro” (out October 16). It opens with “Knock Me Down”, featuring the up-and-coming rapper Killvein.

The second single features female South African rapper Push Push. “She’s a total troublemaker,” Lee jokes, “a maniac!”. You may recognize her name, as she recently worked with Pussy Riot.

Fred Durst (Limp Bizkit) directed both of the above videos.

Push Push says, “Working with Tommy was an incredible opportunity. He made sure that I was in a comfortable space, free to express myself fully and without limits. The video shoot was a dream come true. I felt empowered to show all my true colors without judgement. Honestly, that team could’ve made anyone feel like a star.”

Killvein says, “It was great working with Tommy! It’s crazy because I grew up listening to Mötley Crüe so I never imagined I’d end up working with Tommy fucking Lee. I was surprised he’d even heard of me but that’s all thanks to our mutual friend, Danny Lohner. Danny showed Tommy my music last year and that’s when Tommy sent me the beat. I recorded half the song in my garage in Sacramento and the other half in his studio in Calabasas. I was like a kid in a candy shop in there — he has everything. The video shoot was surreal. Getting to work with both Tommy and Fred Durst on that was a dream.” 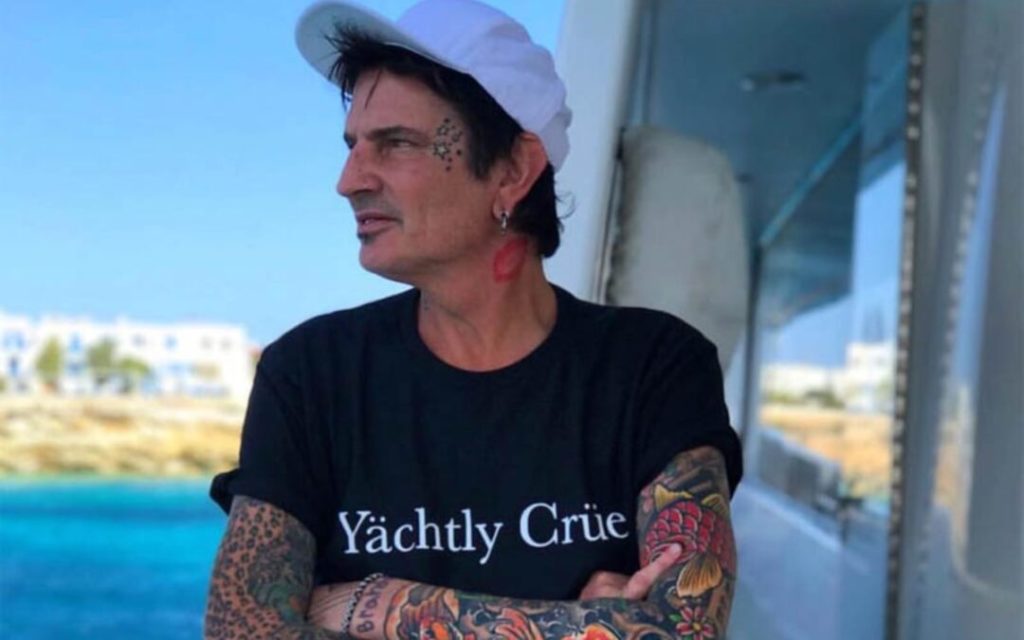 Lee grabbed other rockstar friends to be on the album; there’s a Prince cover from Lukas Rossi (Rockstar Supernova) plus tracks featuring Josh Todd (Buckcherry), Brooke Candy and Mickey Avalon.

What do you think of these new offerings from Tommy?