Gilby said, “This song was written around a guitar riff I discovered while trying out a new fuzz pedal. Lyrically I was inspired by deceit, treachery and the creative extremes people will go through to get ahead. I tried to get my message through with humor, but if it hits to close to home, maybe we all should take a closer look at ourselves and make improvements.”

“I was lucky to have some wonderful musician friends contribute to the recording of this track, Nikki Sixx and Stephen Perkins. Stephen, as always, came through with a beat that drives the song and Nikki found a cool bass groove that accentuates the feel I was looking for. I tried to get my message through with humor, but sometimes the truth hurts.” 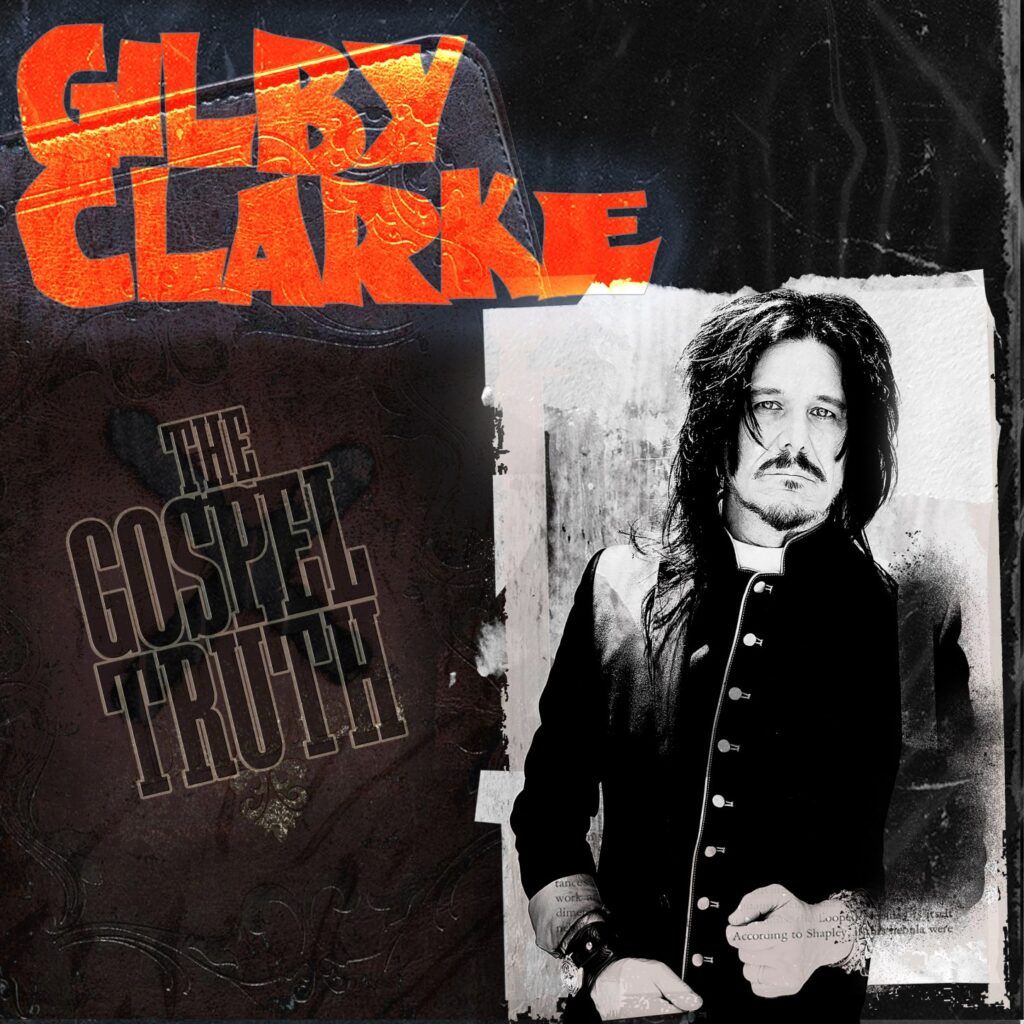 They haven’t set a release date for “The Gospel Truth”. Hopefully it’s out by year’s end.