Chevelle is down to a two piece (bassist Dean Bernardini left the band in September 2019, after being with them since 2005) and you shouldn’t be surprised to hear that they still absolutely rock!

They just released the new single, “Self Destructor” from the March 5th released “Niratis”, the follow up album to 2016’s “The North Corridor”.

Chevelle singer/guitarist Pete Loeffler was recently a guest of “Loudwire Nights” and told them about “Self Destructor”, “The song was actually written in 2019 so it’s just strangely coincidental that it fits so well with 2020 being what it was. It’s hard not to find that in everything now. I’ll give you one thing though. It focuses on science deniers, and you guys can run with that. Go delve into the lyrics and check it out. It’s aggressive and I’ve had to learn how to play it all over again this past year with Sam [Loeffler], so fingers crossed that we can do that live too.”

And Loeffler said you should pay attention to the lyrics on “Niratias”, “It has a lot of space to it, a lot of interstellar travel to it. You’ve got Elon Musk trying to get to Mars and that was completely fascinating to me so when I write lyrics, it’s just kind of made its way in there. As you’ll see with the cover, it’s sort of space themed as well.” 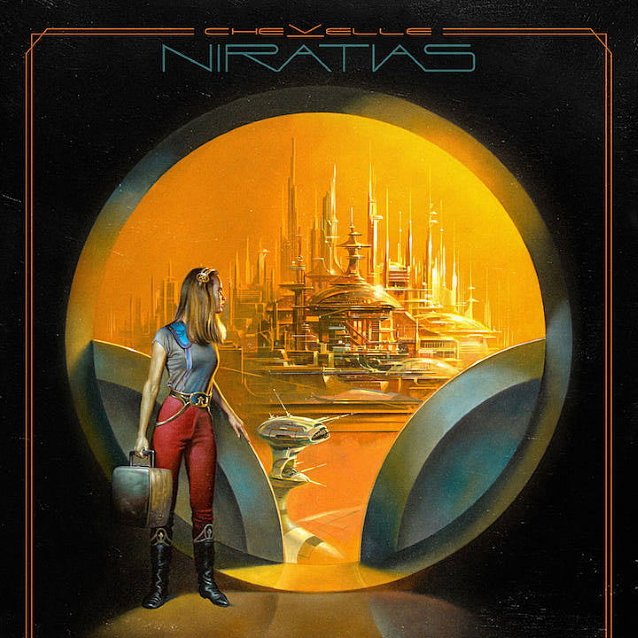