Lego and Chevrolet have built a life-size Batmobile! 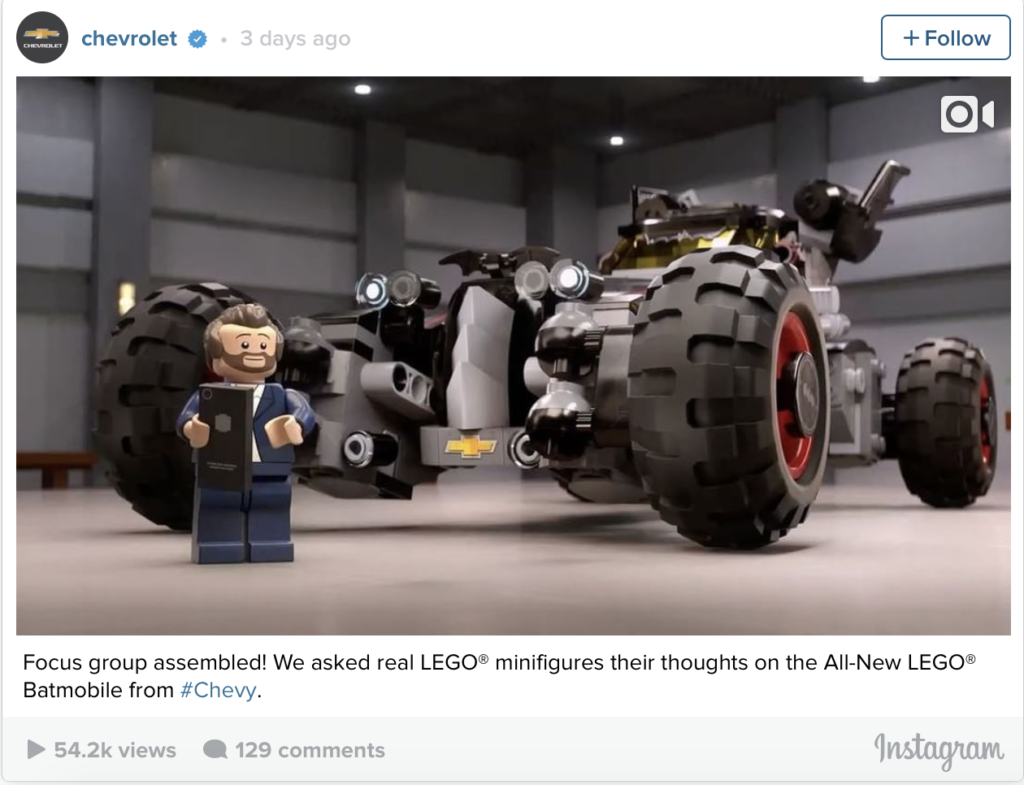 The lego-mobile was unveiled at a motor show in Detroit, Michigan on Saturday (January 14). It took 1,833 human-hours to build and used nearly 345,000 Lego bricks. It weighs 1,700 pounds and is only a model (not fully functioning).

The seven feet high, 18 feet long model Batmobile was assembled to promote The Lego Batman Movie, which is in theatres Feb 10.

The movie stars the voices of Will Arnett (as the titular superhero), Zach Galifianakis (The Joker) and Michael Cera (Robin).