A civil lawsuit accusing Led Zeppelin’s singer Robert Plant and guitarist Jimmy Page of stealing the opening chords for their 1971 classic “Stairway to Heaven” from another band heads to trial today (June 14) in federal court in LA. 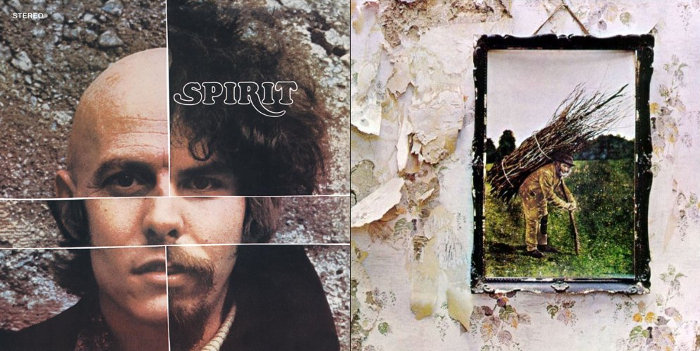 U.S. District Judge Gary Klausner in Los Angeles in a decision in April said “Stairway” and the 1967 instrumental “Taurus” by the band Spirit were similar enough to let a jury decide whether Plant and Page were liable for copyright infringement.

The lawsuit was brought by Michael Skidmore, a trustee for the late Randy Wolfe, also known as Randy California, who was Spirit’s guitarist and the composer of “Taurus.”

Skidmore said Page may have been inspired to write “Stairway” for Led Zeppelin after hearing Spirit perform “Taurus” while the bands toured together in 1968 and 1969, but that Wolfe never got credit.

Trial in the case is set to begin on Tuesday in federal court in Los Angeles, Marc Landis, a managing partner at the firm of Phillips Nizer which is representing Led Zeppelin, said in an email.

The case will begin with jury selection, followed by opening arguments. It was not immediately clear when Plant and Paige might testify.

Larry Iser, an attorney who has represented the Beatles and Michael Jackson and is not directly involved in the case, said in a phone interview the opening riff in dispute, which features a minor key and a descending base line, is a common musical device used on other hit songs.

Those include the Beatles piece “While My Guitar Gently Weeps,” Chicago’s “25 or 6 to 4” and Led Zeppelin’s own recording “Babe I’m Gonna Leave You,” Iser said. 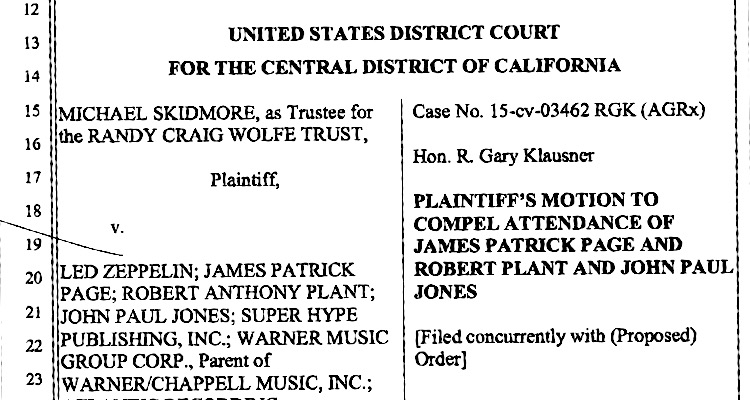 Attorneys for Led Zeppelin have argued the chord progressions cited in the civil lawsuit were so clichéd that they did not deserve copyright protection.

But Judge Klausner, in his decision in April, said a jury could find “substantial” similarity between the first two minutes of “Stairway” and “Taurus.”

“While it is true that a descending chromatic four-chord progression is a common convention that abounds in the music industry, the similarities here transcend this core structure,” Klausner wrote. He added that a jury would need to assess the “concept and feel” of the two works.