Did you hear? Led Zeppelin issued a press release (with the photo below) of the surviving members Robert Plant, Jimmy Page and John Paul Jones hold the working draft of their upcoming book, “Led Zeppelin By Led Zeppelin”. 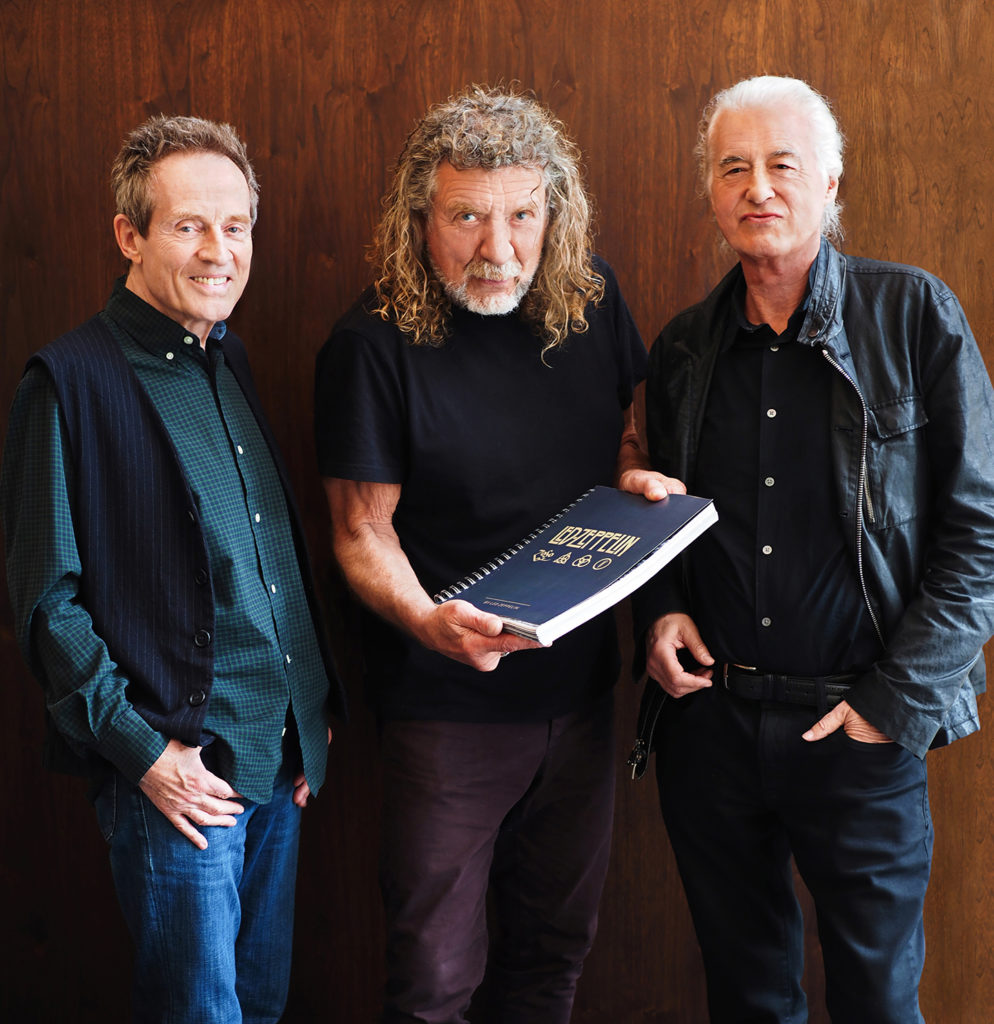 The book is to be published in October by Reel Art Press to celebrate 50 years since Zeppelin’s formation.

The press release read, “Work on the official book ‘Led Zeppelin By Led Zeppelin’ is almost complete. The images have been carefully selected and annotated throughout by Jimmy Page, Robert Plant and John Paul Jones. Celebrating 50 years since the band’s formation, it covers the group’s unparalleled musical career and features photographs of Led Zeppelin on and offstage from their very first moments together. This definitive 400-page volume includes previously unpublished photos, artwork from the Led Zeppelin archives and contributions from photographers around the world. There will be regular updates and sneak previews showing the work in progress. Stay tuned.”

For a true Led Zeppelin fan, this sounds like a must-have for the collection!