Typically, movie news relating to release dates aren’t usually good signs – more times than not, if we’re updating on a movie release that means it’s been pushed back.
That makes this piece of news all the more satisfying – the sequel to the Kingsman is actually coming earlier than expected!! 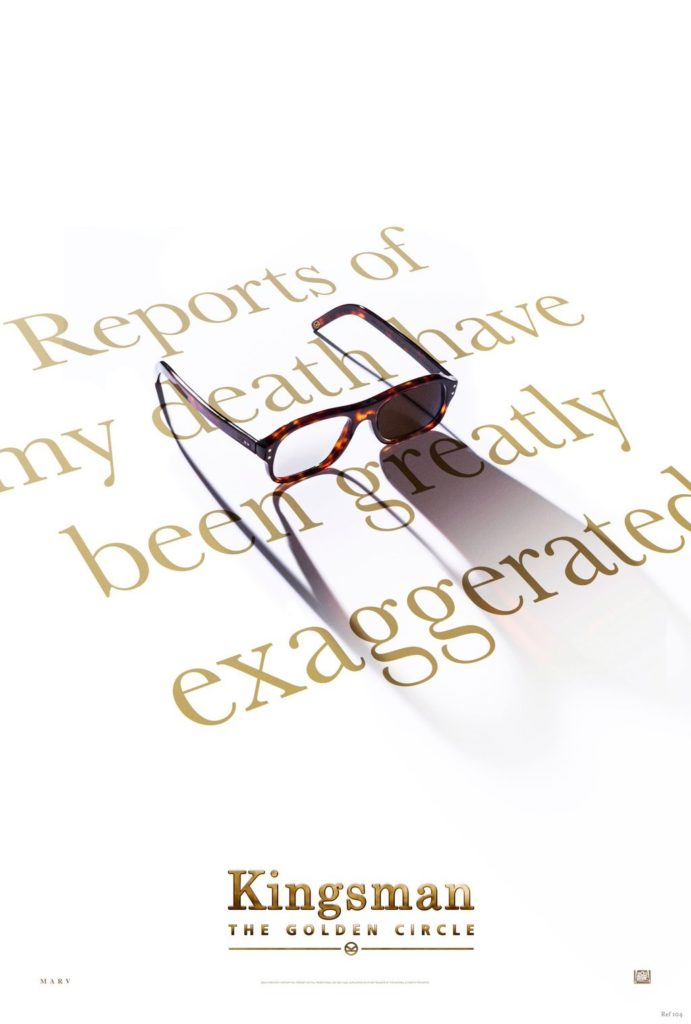 “Kingsman 2” or “Kingsman : The Golden Circle” had it’s original release date moved up about a week. The new release is pegged for September 29th, 2017, moved up from October 6th.

Not too much is known about the plot of the Kingsman sequel yet (we can probably expect some plot points coming in a trailer very soon) but a few things are known. The sequel’s going to be a bit more international, as we’ll meet the North American branch of the Kingsman, known as the Statesman. Taron Egerton, Sophie Cookson, and Mark Strong all reprise their roles, joining Kingsman newcomers Halle Berry, Channing Tatum, Jeff Bridges, Sir Elton John, and Pedro Pascal.

Interestingly, Colin Firth is attached to the project as well, set to reprise his role as the original Galahad, Harry Hart. Not only that but much of the promo material so far has alluded to his characters return. (“Reports of my death have been greatly exaggerated.”)

The original Kingsman was a surprise smash hit – Firth was a big part of that. Although the movie’s going to be just fine with the amount of star power already pulled in, here’s hoping we see more than just a flashback out of Galahad.