Judas Priest singer Rob Halford was recently interviewed by the Corpus Christi Caller Times and talked about the inspiration behind the follow up to 2018’s “Firepower” album, “We never really know. I don’t think we’ve ever made a plan, per se. We did a little bit with ‘Firepower’ because we wanted to explore our other classic elements with Priest. I think the only other time where we had a kind of blueprint was ‘Painkiller’. 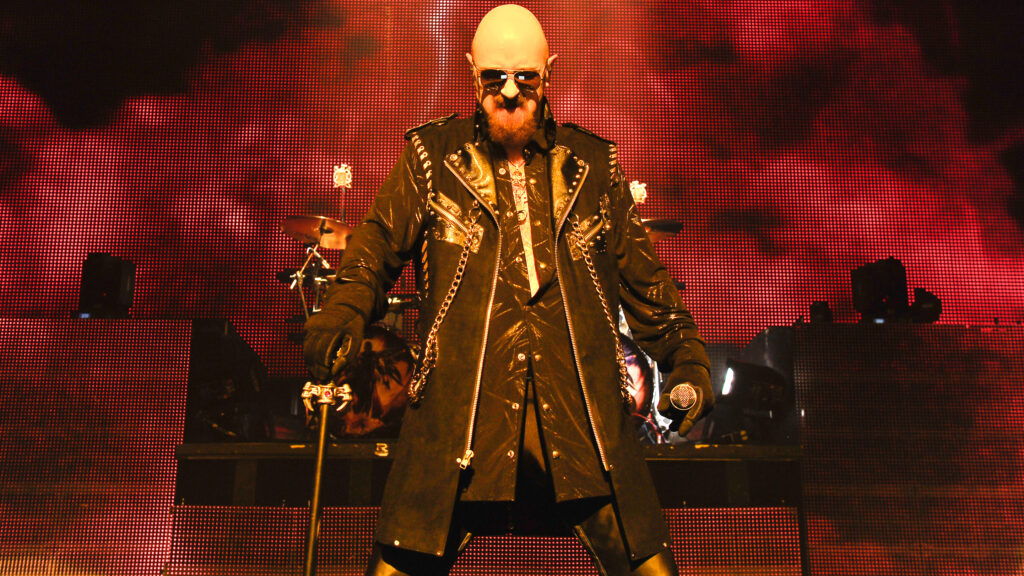 Halford added, “We wanted ‘Painkiller’ to reinforce the ferocious metal power this band possesses. Besides those two, everything is just whatever happens. We get together, as we have done for all these albums, we meet at a studio, everyone brings their ideas — some days we start with nothing — and then we end up with a song that will live forever. It’s just joyous. We always try to make an album that stands alone. ‘Firepower’ was so well-received and critically acclaimed. t was kind of like, ‘Is that it? Should we leave it there? Should we leave the party now?’ But that record, along with the reception from our friends and in the industry, gave us even more energy and more determination to make another Priest album. And make one that’s a strong piece of work to come after ‘Firepower’.”

You may remember that last month Halford was a guest of Q104.3 New York‘s “Out Of The Box With Jonathan Clarke” and said the new Priest album was “close” to being done, “All the writing’s done; the bulk of the recording is done. I’ve still gotta put my vocal tracks down. So, in essence, it’s done, which is a great feeling, because that really points us to the metal future. Everything that we’ve done in Priest over the last 50-odd years has been driven by the latest music that we’re making. So this is no exception.”

How many more albums do you think Priest has left in ’em?