Jose Aldo Wants Out of The UFC

Interesting. Let’s see how this one turns out… One of MMA’s greatest fighters is ready to call it a career. Longtime Featherweight champion and current interim 145-pound titleholder Jose Aldo says he’s had enough of being treated poorly by the UFC and might walk away for good.

Aldo (25-2 MMA, 8-1 UFC) went more than 10 years without a loss and defended his UFC belt seven consecutive times before losing to Conor McGregor *(in a 13 second knock out at UFC 194) last December.

After Aldo captured the interim Featherweight belt at UFC 200 in July, he thought he’d get his re-match against McGregor. But that isn’t happening. Instead, McGregor is fighting Eddie Alvarez in the main event of November’s UFC 205. 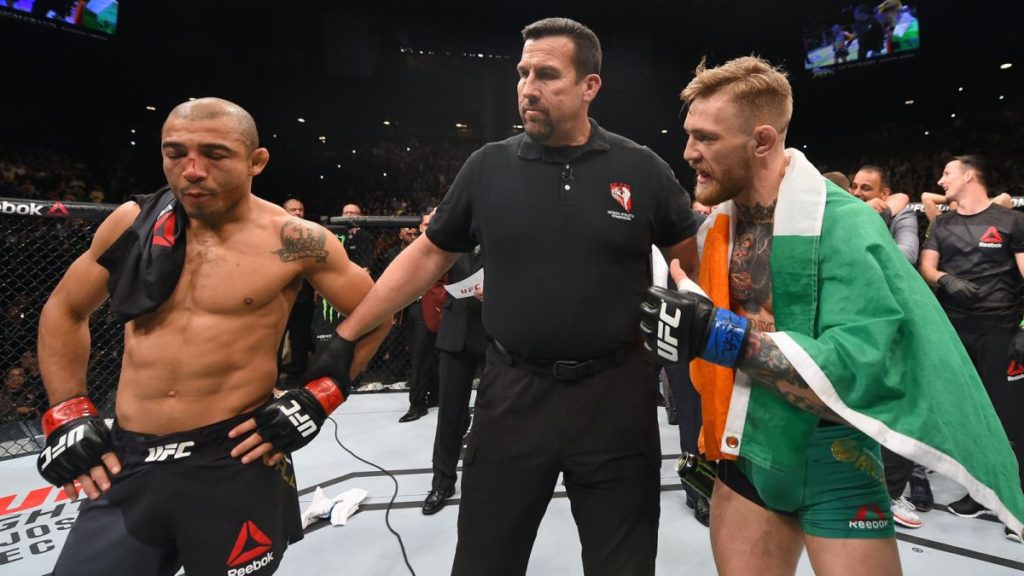 Aldo isn’t happy about that. He says he’s sick and tired of having his career dependent on the decisions of another man (Dana White). And for that reason he wants to be let go from the company to pursue other ventures.

Aldo said, “After all of this, I see I can’t trust a single word from President Dana White and that the person in charge of the event now is Conor McGregor. Since I’m not here to be McGregor’s employee, I ask for my contract with the UFC to be terminated,” he said.

“I don’t want to fight anymore,” Aldo said. “What if they offer me millions? They can keep them, I don’t want it. Pardon the expression, but I’m not a whore, to sell myself. I’m a man. My dad made me this way. So that’s all I want.

“I just want (White) to let me go so I can go on with my life,” he continued. “And what I want to do next? I don’t even want to fight MMA anymore. I want to get a career in another sport, which has always been a dream. That’s what I want.”