If you were hoping for a new Korn album, their singer Jonathan Davis recently sat down with WhatCulture and said expect a bit of a wait. 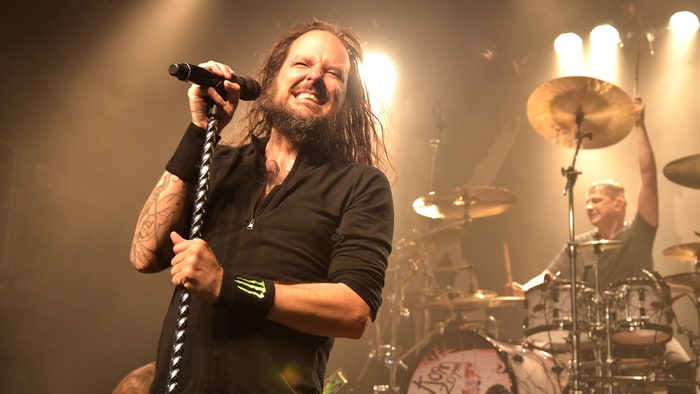 Korn’s last album, their 12th full-length, “The Serenity Of Suffering” came out in 2016.

Davis told WhatCulture that the band has stared working on a new album, “[Guitarists] Head and Munky have been writing with a couple different producers, working on riffs and putting them down, cataloguing everything. We’re gonna get together as a band in July and start putting their ideas together in the studio and start working on it.”

Jonathan said they were looking at a summer 2019 release date. “It’s in the future, definitely,” he said. “When I get back after this European [solo] run, I start writing vocals for the stuff that they’ve done. We’re gonna keep working through the year, so hopefully we’ll have it out, probably, this time next year.”