KoRn singer Jonathan Davis took to his Instagram page to thank fans for their support since his wife died. He also gave an update on the new album. 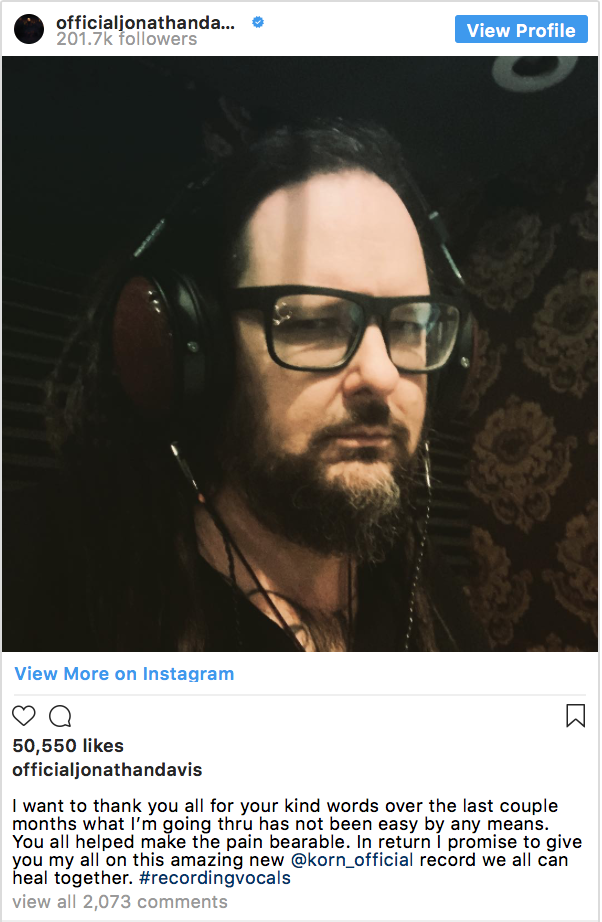 Davis’ wife, Deven Davis, died in August 2018 from an overdose. Davis issued a statement saying Deven “had a very serious mental illness and her addiction was a side effect.”

Now, Jonathan is in studio working on the vocals for the band’s 13th album.

Are you surprised to see KoRn working on a new album?