TMZ has reported that Jones had been stripped of his title, but Dana White has since rejected that claim.

In a statement released Tuesday, the UFC said Jones’ failed test stemmed from an in-competition sample that was collected at his weigh-in on July 28, the day before his fight against Cormier.

“These things never come at a good time.  They’re always bad, especially with somebody like Jon Jones.  In my opinion, he’s the best to ever do it.  That makes it even more unfortunate.”

On Tuesday people in the Jones camp released a statement, “We are all at a complete loss for words right now.  Jon, his trainers, his nutritionists and his entire camp have worked tirelessly and meticulously the past 12 months to avoid this exact situation.  We are having the samples tested again to determine the validity or source of contamination.

“Jon is crushed by this news, and we are doing whatever we can as a team to support him.”

Jones has now failed his second drug test in a career that has seen many troubles.  The UFC was forced to pull Jones from a scheduled headliner against Cormier just days before UFC 200 in July 2016, after he tested positive for anti-estrogenic agents.  Jones later told the U.S. Anti-Doping Agency that failed test was the result of an unmarked sexual enhancement pill.

Under the UFC’s anti-doping program, multiple offenders face the possibility of a suspension doubled in length.

“If he ends up getting two or three years, it might be the end of his career,” White said Tuesday. “How old is Jon now? 30? And he’d be 33, 34 trying to make a comeback again? You look at what could have been and what he could’ve done — it’s sad.”

“It’s hard to find words to describe how I’m feeling right now,” Cormier said in a statement. “I’m disappointed to hear the news.  It’s very emotional.  We, as athletes, are entitled to due process, and I will refrain from saying much more until I know exactly what happened. 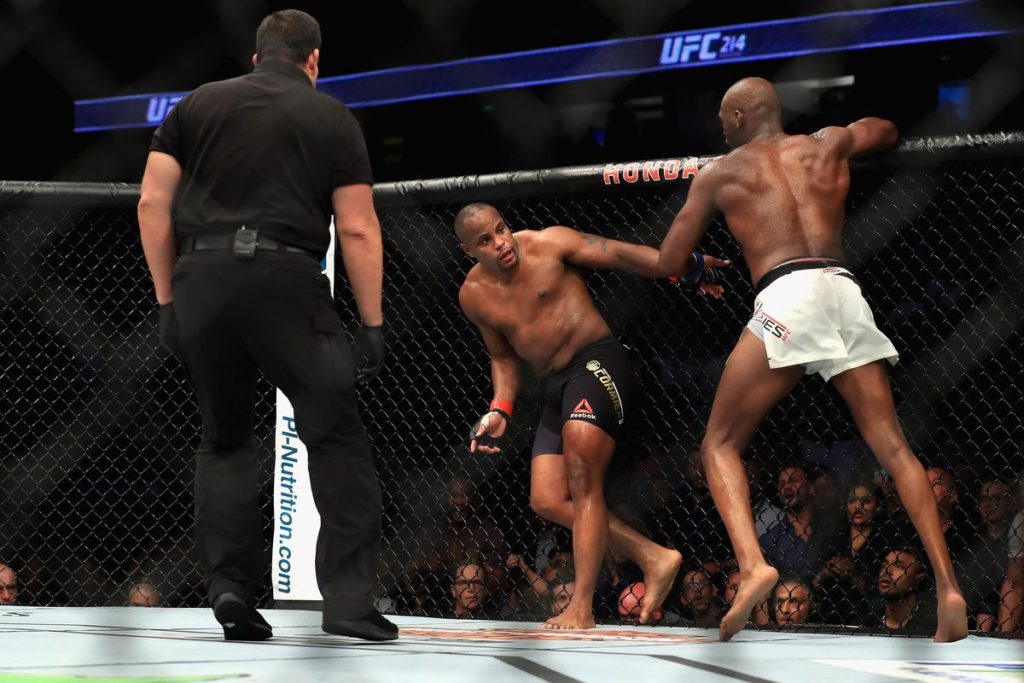 Prior to the bout with Cormier, Jones adamantly denied he has used performance-enhancing drugs and said he resented Cormier for saying that he suspected Jones of longtime PED use.

Jones also said this before UFC 214. “Out of all the things I’ve done bad, the thing I despise most is Steroid use. … Steroids is something I’ve never done.  And I don’t want people chalking up a misunderstanding or a tainted supplement to me being a steroid user.  It’s one of the most insulting things you can do to a guy who’s accomplished the things I’ve accomplished.”