Did you hear about what a homophobic incident that happened at a Jack White concert last week? 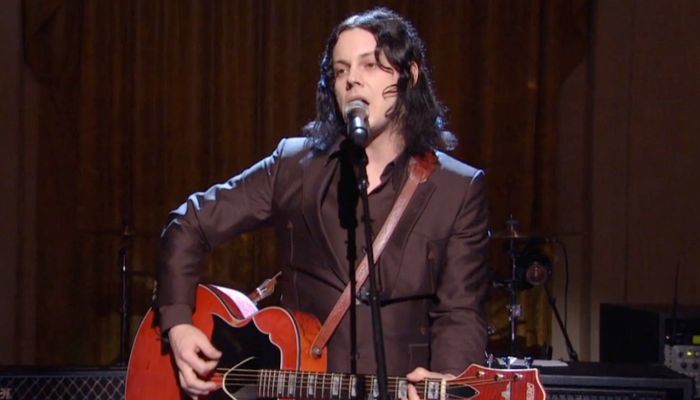 Jack has since said he’s “really disappointed” about what took place.

He was playing at Rogers Place in Edmonton on Nov.2 when a concert goer named Allyson MacIvor was asked to stop kissing her friend.

“I embraced my girlfriend, and some staff member came in between us, and she said, ‘This is not allowed here’” MacIvor told CBS. “It was very violating and invasive. It’s not something I’d ever imagine experiencing, honestly.”

MacIvor did say the venue’s manager “apologized profusely” but that it “still didn’t help the incident and the hurt that came out of this”. 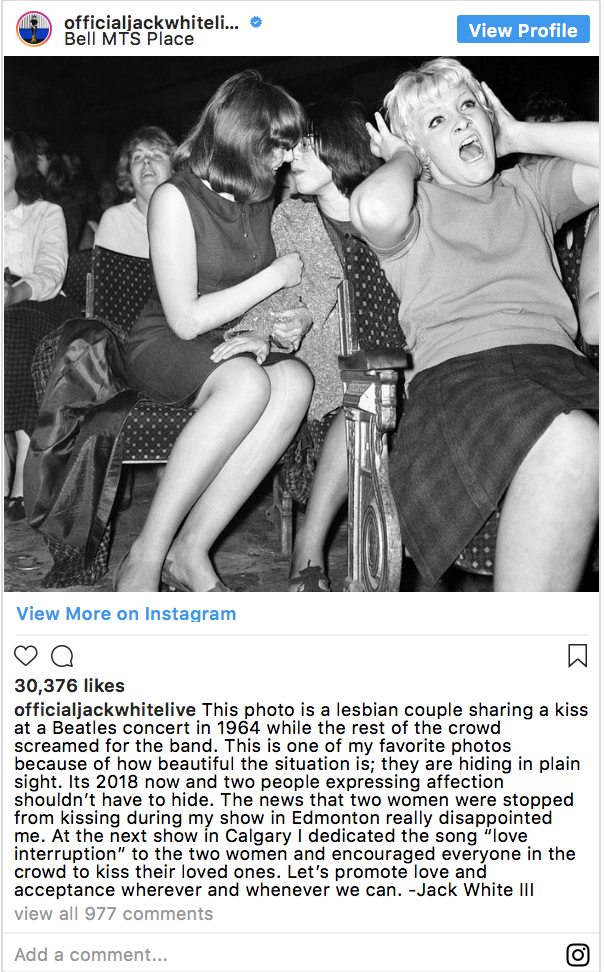 Here’s the really cool part about what Jack did – the following show (in Calgary) he dedicated the track ‘Love Interruption’ to MacIvor and her gf and encouraged crowd to kiss their loved ones”. “Let’s promote love and acceptance wherever and whenever we can,” White said.

How would you react if you if this happened to you or saw this happening at a concert you were attending?