Jack White was recently honoured by the Mayor of Cincinnati, John Cranley. The duo were outside King Records, home to James Brown, Bootsy Collins and The Temptations’ Otis Williams, before the label folded in the 1970s – when White was awarded the key to the city of Cincinnati. 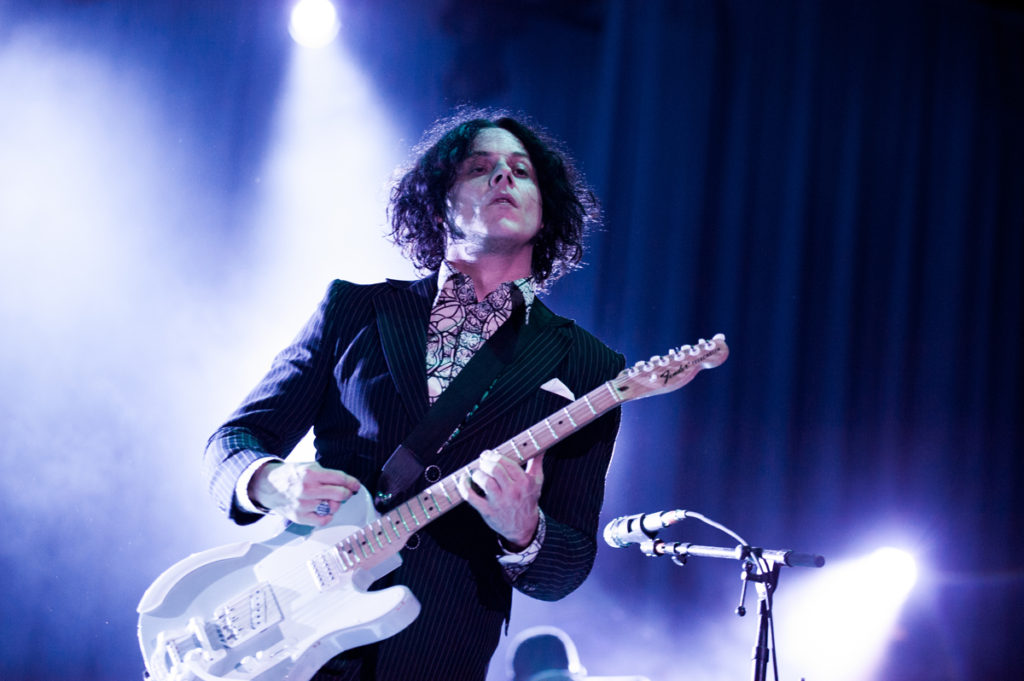 Mayor John Cranley said, “Jack White has been an unfailing supporter of King Records. Jack has actually covered Little Willie John’s song, ‘I’m Shakin’,’ which on the original recording our own Philip Paul played the drums.” 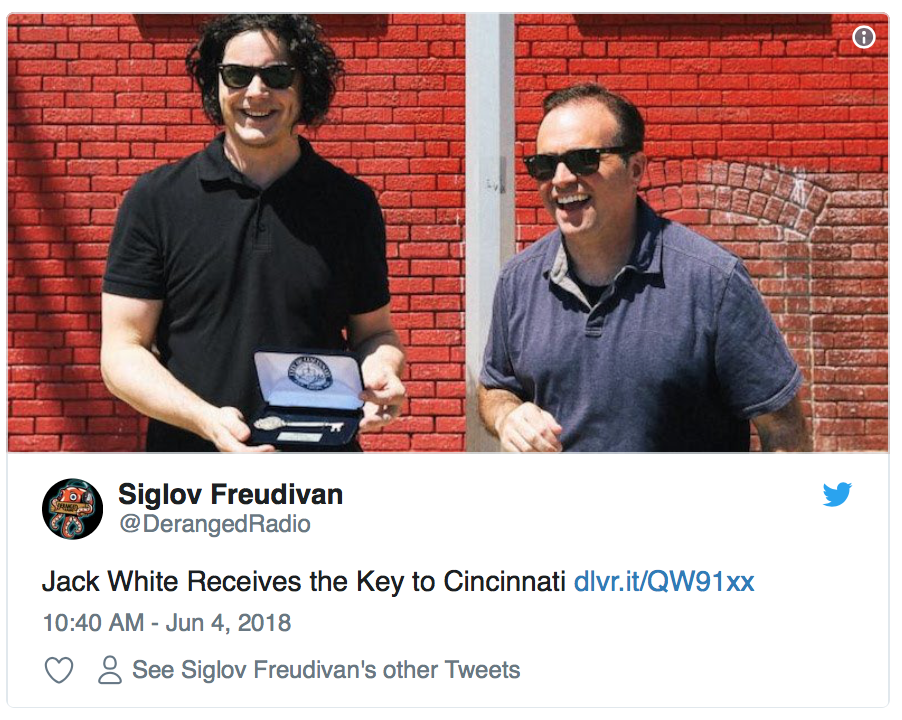 Good on ya, Jack! Well deserved!