“… I wanna record with them.” Jane’s Addiction Perry Farrell Wants To Record A New Album!

Jane’s Addiction singer Perry Farrell was recently a guest of AXS TV’s “At Home And Social With…” and said, “I love the guys in Jane’s Addiction and I wanna record with them. But I don’t know what their plans are. But I’ll talk to ’em about it.”

Asked whether Jane’s is working on new music, Farrell said, “Well, I can’t speak for everybody, but I’ll speak for myself… Personally, I’ve been making music — I mean, I make music through the week. I have plans to release a track a month. These days, it’s a little bit different. We — meaning us older guys that are established now — there’s not really a need to come out with albums. Although maybe one more album before I die would be awesome, with Jane’s. And I think we can do it too. I would like to be prolific for the next five years, I think. Then I’ll be able to take a vacation.” 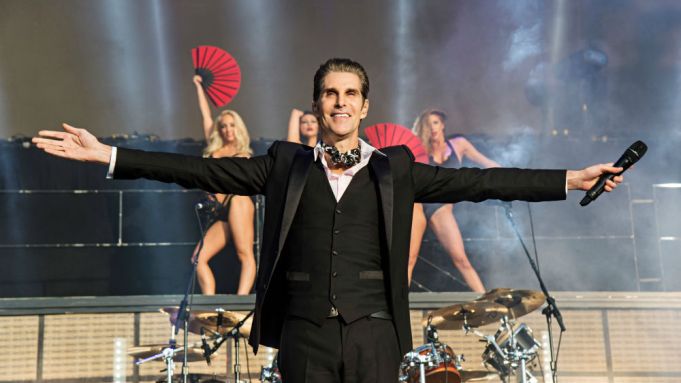 Meanwhile, Jane’s Addiction is scheduled to play a couple festivals in September; BeachLife Festival in Redondo Beach, California on September 10 and Louder Than Life in Louisville, Kentucky on September 24.