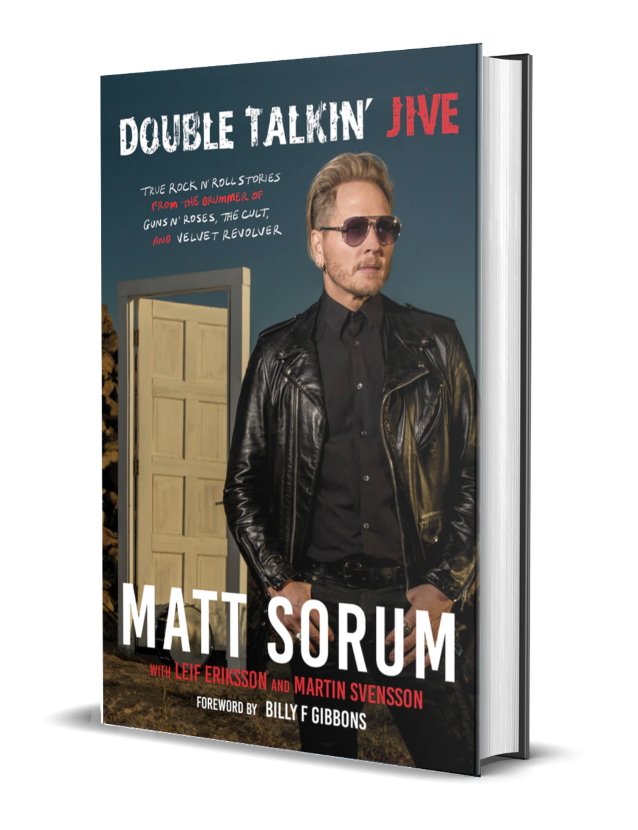 Sorum told The Entertainer! Magazine, “The one thing about me is I’ve always been pretty open about my feelings — sometimes to my detriment. I’m an off-the-cuff kind of guy. Some people hold things in and don’t really express themselves. My feeling is I’m a bit of a storyteller. I’ve had such a colorful life — especially in rock ‘n’ roll. I’m not going to be this narcissistic guy telling my rock ‘n’ roll adventure.”

Sorum continues, “We ran down the list of everything from my childhood to now, moving to Palm Springs in the desert. It’s the ups and downs of the rock ‘n’ roll business, and the trials and tribulations of everything everybody else deals with. It’s just kind of a life story — don’t give up. Keep moving and rocking.” 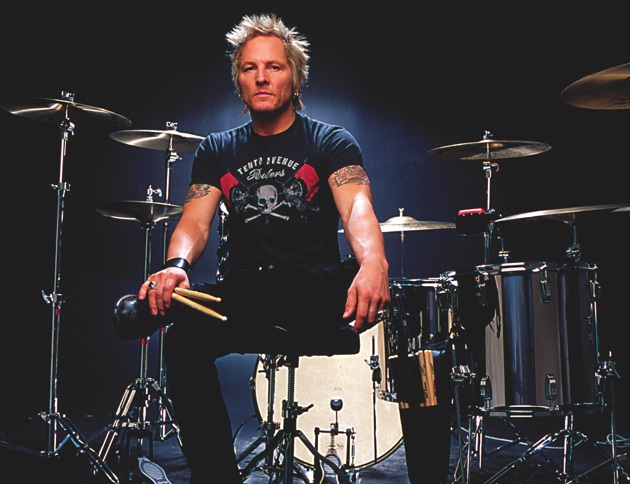 Sorum was a guest of the “Stop! Drop & Talk” podcast and talked about the book, “I named it after a Guns N’ Roses song, ‘Double Talkin’ Jive’. Izzy Stradlin wrote that song. We played it together — on the [‘Use Your Illusion I’] album, me and Izzy tracked that in one take. And the premise of the lyric was based around the kind of pitfalls of the music business and success. There’s this undercurrent that’s not pretty. And I talk very truthfully about things that I went through, from my perspective. I didn’t wanna come off jaded. I have to tell the story the way it went for me, and I hope that people don’t take it as I sound jaded or something. I just wanted to be as truthful and honest as possible, from my perspective, if that makes sense.”

Sorum was inducted as a member of G’nR into the Rock And Roll Hall Of Fame in April 2012.