How Close Are We To New Coverdale / Page Music?

Whitesnake frontman David Coverdale was recently a guest of SiriusXM’s “Trunk Nation With Eddie Trunk” and gave an update on the proposed 30th-anniversary re-release of the album he made with Jimmy Page!

The original album was recorded on both sides of the Atlantic over the winter of 1991-92 and was released in March 1993.

Regarding a re-issue of the Coverdale / Page album, Coverdale said, “Well, I’ve gotta tell you, there’s been immense progress. I finally reached a very positive agreement with my former record company regarding missing assets. And I got the rights to the Coverdale / Page album. So, of course, my first phone call was to Jimmy, and I said, ‘We’ve got it. We’ve got it back, and we can do with it what we want.’ And, of course, Jimmy is in lockdown in the U.K., where it’s really very heavy duty [with the pandemic]. So he’s in his country estate… I literally just texted Jimmy two days ago, and I said, ‘Jimmy, I’m so sorry I haven’t been in touch.’ But we’re resuming contact starting next week to discuss.” 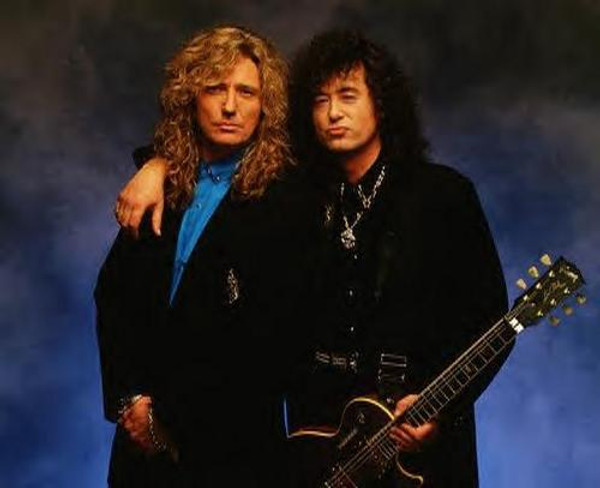 And, you should expect some new material too, “We’ve got four unreleased tracks, which just need to be mixed. But since we reconnected, I’ve been messing around, writing at home. And I have two ideas which could make really fun tracks — just to throw at him and ‘see what you can do with this.’ The way we did it before — we wrote really very potent music together.”

If they release new music, do you think it’ll climb to the top of the Billboard rock chart?