How is it that Helmet has never released a live album? That’s about to change with their first official live album, “Live And Rare”, out November 26. You’ll be able to pick it up on heavyweight black vinyl, CD digipak & digital. 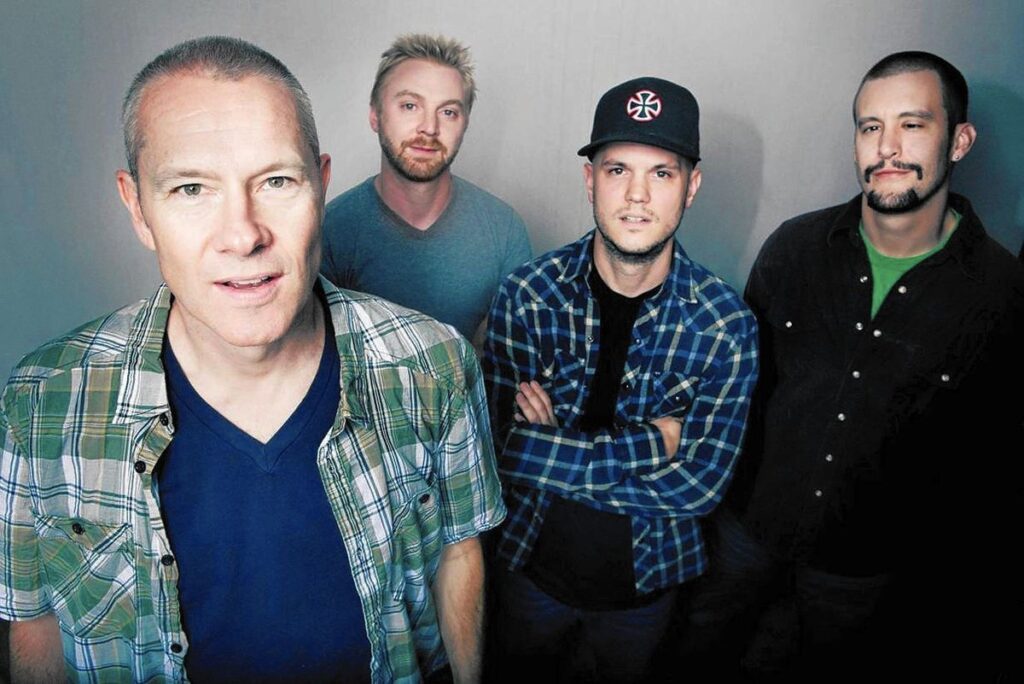 Singer Page Hamilton says, “After persuading our label folks in Hamburg to bake these old tapes, we finally managed to mix two live shows for release. Side 1 was recorded at CBGBs, which was our neighborhood club, a 10-minute walk from home. We all spent plenty of time at CBs and though this is not our audition night set, it captures the early frenetic energy of the band as well as my lack of scintillating stage banter.”

Hamilton continues, “Side 2 is part of the set from the Big Day Out festival in Melbourne, Australia. Our first trip down under is a bit of a blur after almost 30 years but the memories I have are fond. A brief escape from the frigid NYC January dreariness was welcome relief. Unbundling at Bondi beach, surrounded by beautiful topless women sunbathing next to the clear, clean, warm water of the Tasman Sea was soundly beating the 6-flight walk-up, grocery-schlep to my East Village apartment while wrapped up like ‘Nanook of the North.’ The shows, hmmmm. My performance was no doubt effected by all the fun in the sun and copious amounts of alcohol (red label Coopers mate). Someone did manage to run a 2″ 24-track tape machine during our set at the Melbourne Big Day Out; thanks are due to those folks. We’ve had these tapes collecting dust in the band locker (New Jersey pre-2001, North Hollywood since) for all these years so we enlisted our talented pal Toshi Kasai to mix some of the set and Golden Mastering to polish things up.”

Helmet hasn’t released a studio album since 2016’s “Dead To The World”. Hopefully the creative juices have been flowing during the pandemic. Would be great to hear a new album.

So many bands have taken advantage of releasing live albums to their fans – yes, we’re looking at you Pearl Jam and Metallica.