Helmet Will ‘Buckle Down’ And Work On New Music In 2022

Helmet singer Page Hamilton was recently a guest of the “Thunder Underground” podcast and confirmed that the band is working on their first new album in more than five year, “I have some scraps. That’s about all. I’m writing a piece for this high school in Memphis called the Christian Brothers. It’s their 150th anniversary. It’s the oldest high school orchestra in the country. So I have to finish that. I have some time — [I have to complete it] by 2023; I have a year.”

Hamilton continued, “I’ve kind of started to organize my shit. I’m doing a session next week for an Austrian series, this TV series. It’s like an HBO kind of thing — this six-part thing. And that’s not writing — that’s just [me being] a hired gun. But they’re writing the music around my guitar. And none of it sounds like guitar. [Laughs] He texted me today. He’s, like, ‘This sounds like church bells. I never knew you were religious.’

Hamilton added, “But, yeah, the Helmet stuff, I think realistically, once I get back from New Year’s Eve, from [being] in New York, I’m gonna sit down and buckle down. So I’ll do my days where I try to divide it into the orchestral writing thing, this Christian Brothers piece, which is mostly brass and woodwinds and percussion, and then the Helmet stuff. ‘Cause if you’re just beating the pavement on one thing all day every day, I think it can get stale — for me anyway. First thing I do every day is play jazz guitar. So that keeps me excited and happy.” 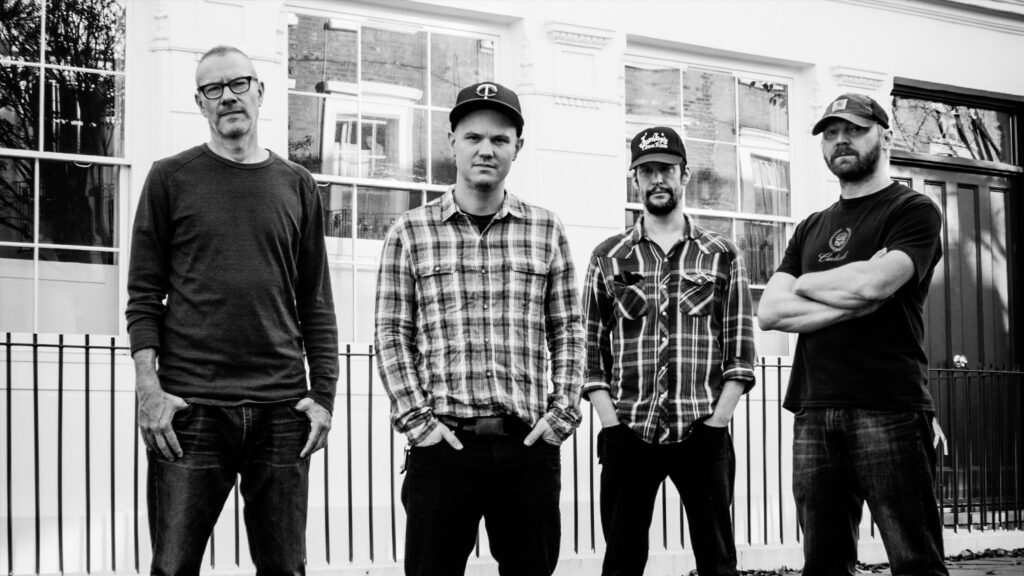 You may remember that Helmet released their first official live album, “Live And Rare”, in November 2021. Their last studio album, “Dead To The World”, came out in October 2016.

Helmet is easily one of the most underrated bands on earth. No question.