Looks like Hellyeah is going back into The Hideout Recording Studio in Las Vegas, Nevada in early November. They’ll be working on the follow up to their 2016 album “Unden!able”  and will once again work with producer Kevin Churko (who did their 2014 album “Blood For Blood”). 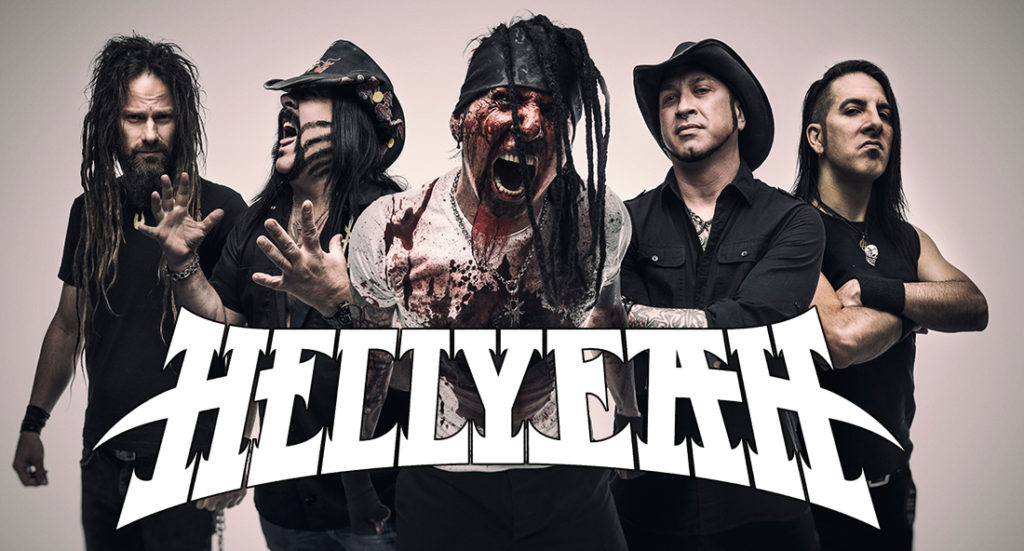 Earlier this year Hellyeah guitarist Tom Maxwell was interviewed by Metalshop TV and said he’d like to keep working with Churko for the rest of the band’s career. “I don’t wanna work with anybody else. He’s kind of like the sixth member.”

“For me, producers… It’s a loosely thrown around word,” Maxwell continued. “In my opinion, most producers are just glorified engineers. They know how to do good sounds, but a good producer, to me, is a composer who can bring ideas, who can help you re-write your song five or six different ways. And that’s a good thing to have. I welcome feedback, and I welcome other ideas. It just inspires me. You might not like it, you might like it; you’ve just gotta try it and see if it works.”

Hellyeah drummer Vinnie Paul recently did a quick interview with VintageRock.com on the “black carpet” of this year’s Loudwire Music Awards in Los Angeles, California and talked about the band’s plans for the coming months:

Their “Unden!able” album was released on June 3, 2016 and was the first record with their current lineup — Maxwell, Abbott, singer Chad Gray, guitarist Christian Brady and bassist Kyle Sanders.

No word on when the band plans to release their new album.