Hellyeah Is ‘Not Done’!

Hellyeah guitarist Christian Brady was recently a guest of Todd Kerns’ podcast and said that the ban is “not dead”!

Hellyeah has been on pause since early 2000, after cancelling a US tour because of COVID. And now, their singer Chad Grey is back with his other band, Mudvayne (and they’re touring into 2022). This, of course, lead to more speculation that Hellyeah was done.

You may remember that right before the pandemic hit, Hellyeah toured in honour of their drummer Vinnie Paul Abbott, who passed away in June 2018 at the age of 54. The official cause of death was dilated cardiomyopathy, an enlarged heart, as well as severe coronary artery disease. 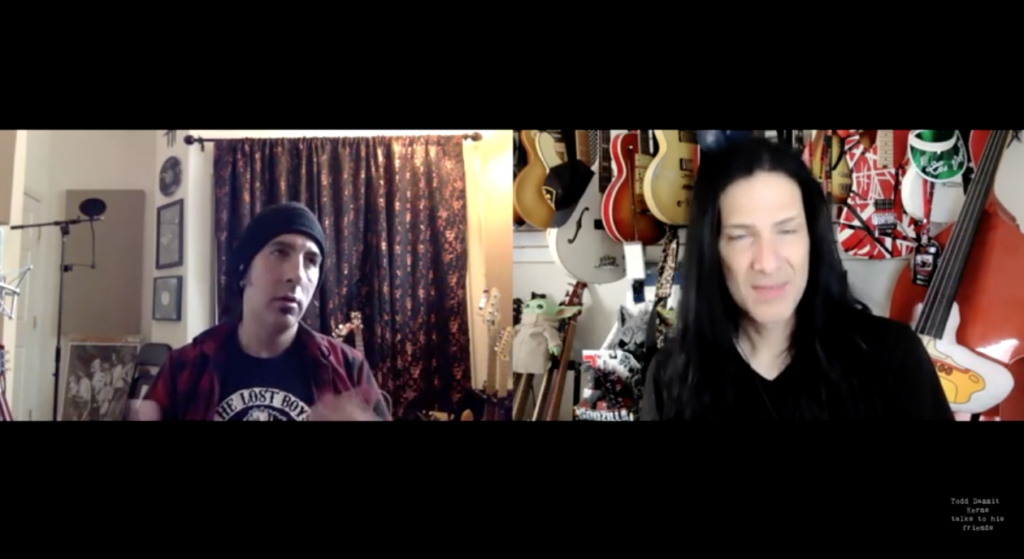 Brady told Todd Kerns that while there’s no long term plans for Hellyeah, it doesn’t mean the band is over, “Chad’s doing Mudvayne. I’m assuming that’ll keep him probably busy for a minute, at least through the next year, doing touring stuff. I don’t know what their plans are as far as if they’re gonna do an album or anything like that; I don’t know. Chad actually lives here in Vegas now; he moved out here recently. We talk often, but we just don’t necessarily talk [Mudvayne]. But we do talk Hellyeah sometimes, and we’re all in contact. And Tom’s [Maxwell, Hellyeah guitarist] actually been writing a bunch, man. He sent some ideas out and they’re really cool. It’s kind of sparking that in me again, and [in] Chad. So we’re talking about doing some writing. I don’t know yet what it’ll turn into, but I know that we’re not done. None of us have said, ‘Yeah, Hellyeah’s done.’ A lot of people probably assume that — ‘Yeah, Chad’s back with Mudvayne. Hellyeah’s done’ — but we’ve never said that to each other or publicly at all. Hellyeah’s not done. We’re just not sure what Hellyeah’s going to be moving forward.”

Brady went on to say, “Right now, we have no label. We have no management. We cleaned house. We’re free and clear. It’s actually very exciting, because now we hold all the cards; we’re in control. So we can write whatever we want. We can release a couple of songs at a time. If there’s a demand for us to tour and it financially makes sense, then I’m sure at some point we’ll find a way to do that.”

You’ll remember that Stone Sour drummer Roy Mayorga stepped in as Vinnie Paul’s replacement for Hellyeah’s latest touring. It’s yet to be revealed if he’s going to be their drummer longterm.

Which ‘supergroup’ is your favourite?