Good news! Pearl Jam singer Eddie Vedder continues to crank out solo material, announcing that his new solo outing, “Earthling”, will be released on his own Seattle Surf imprint through Republic on February 11, 2022!

If you missed the first single, “Long Way”, that’s at the bottom of this story.

If you’re a part of Pearl Jam’s Ten Club, a limited-edition seven-inch vinyl single of “Long Way” backed by “The Haves” is available now. 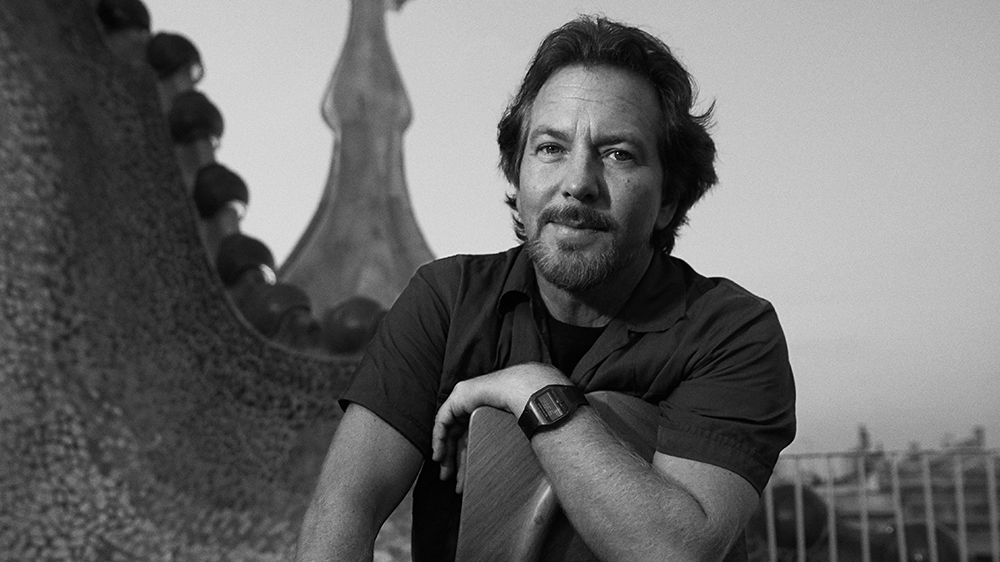 How has Eddie Vedder’s voice become such a comfy blanket?