Never say never. Hear that buzz? If you’re a fan of Gn’R there’s reason to celebrate! 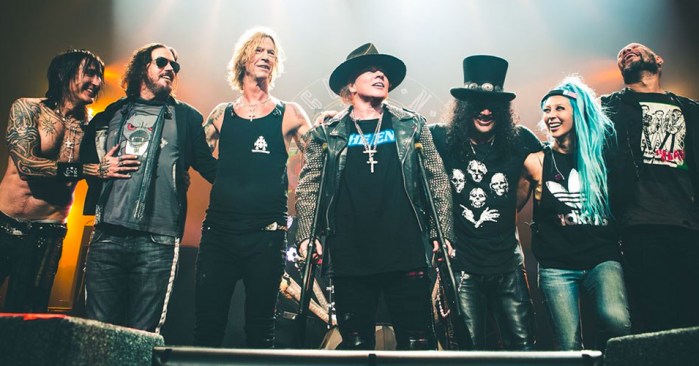 Guitarist Richard Fortus was recently interviewed by St. Louis’ KSHE95 and said “We’re going to try and do another record and get it out soon.”

Guns’ “Not in This Lifetime” tour was massive. So why not a new album? Seems the band is back to liking each other, playing well together.

Now, how long before you see it? Good question. Fortus said, “I think it will happen faster than you think. I sure hope it happens faster than you think,” and he later offered the possibility that there might be some new music released before the end of 2019. We’re hoping to get one out very soon,”

If it is a new album they’re working on – will it climb to the top of Billboard?