Did you hear that Guns N’ Roses is putting out a deluxe reissue of their “Use Your Illusion” albums to celebrate the discs’ 30th anniversary? So far, they’re eye’ing a summer 2022 release. 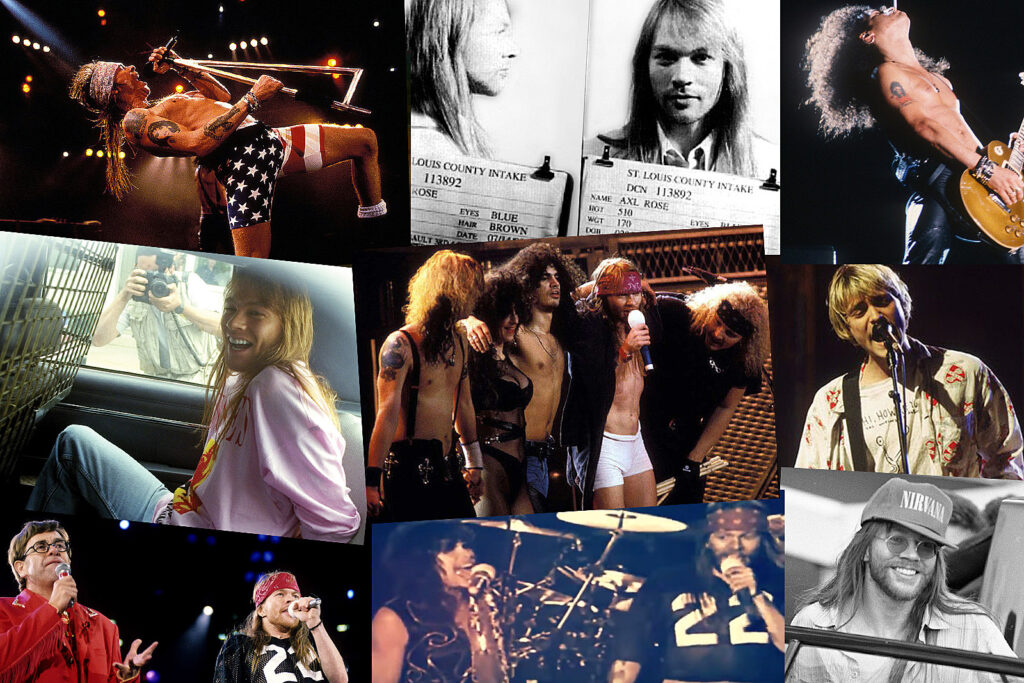 Slash was recently interviewed by Biff Bam Pop! editor-in-chief Andy Burns and said, “It got delayed by the pandemic but it is coming out, I think this summer. There’s a bunch of cool live stuff on it — a couple shows. The Ritz [in New York City] from the ’90s, like early ’90s, and a show that we did in Las Vegas back in 1989, I think it was. And it’s actually the show that I met my ex-wife at, so I was really hard-pressed to even do the fucking record.”

You may remember that back in 2011 Slash told U.K.’s Total Guitar magazine, “I don’t know which [of the two albums] I prefer. I haven’t listened to the ‘Use Your Illusion’ albums for so long, I don’t even know what’s on each. I know people like the blue one over the red one. Or maybe it’s the other way around. I was just totally obsessed with the creation of the ‘Illusion’ records and when I got into that studio, I was completely absorbed with everything to do with them, all the time. Because it had been so long.”

Slash mentioned that during the recording of the Use Your Illusion albums, Izzy Stradlin (Gn’R guitarist) was starting to “bow out” due to the over-the-top production elements on the albums, “We got through the basic tracks and I think that’s what gave the albums such a natural feel. But when we started getting into the time it took to do overdubs and vocals, he sorta disappeared.”

As we know, those albums were the beginning of the initial end of the band… although now, they’re working on new music (the first with Slash and Duff McKagan back in the fold), which should hopefully be out next year too.

Which Use Your Illusion album do you like more? The red or the blue?