Gn’R guitarist Slash recently did an interview with Classic Rock and talked about new Guns music, saying they’re ready to release an “entire record’s worth” of new material! 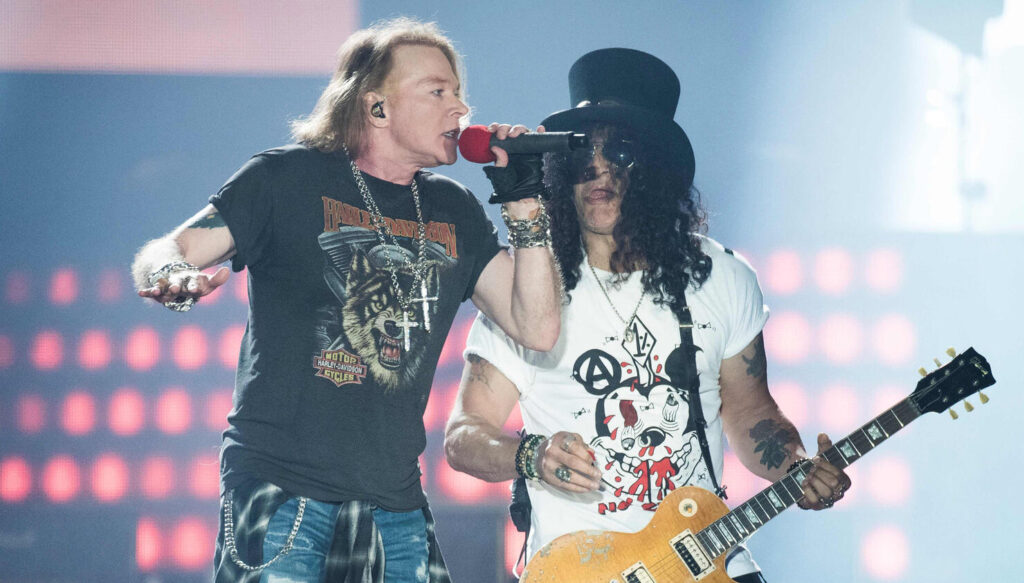 You’ll remember the band released a couple new songs last year; ‘Absurd’ and ‘Hard Skool’. Those songs were originally written during the making of ‘Chinese Democracy’ but ultimately didn’t make the album. Instead, the songs were re-worked by the band’s current lineup (making them the first new songs featuring Axl Rose, Slash and Duff McKagan in 28 years).

Slash and McKagan both rejoined the band in ’16, after leaving following the release of their 1993 studio album, ‘The Spaghetti Incident?’.

Slash told Classic Rock, “There’s new Guns N’ Roses material coming out as we speak, and we’ll probably keep putting it out until the entire record’s worth of stuff is done and then put it out solid. It’s cool. I’m enjoying working on the stuff and having a good time doing it.”

Do you think Gn’R will top Billboard’s album chart with their new album? Seems like a no-brainer, right?