Longtime GN’R keyboardist Chris Pitman has apologized to the band for calling their upcoming reunion a “nostalgia tour.” 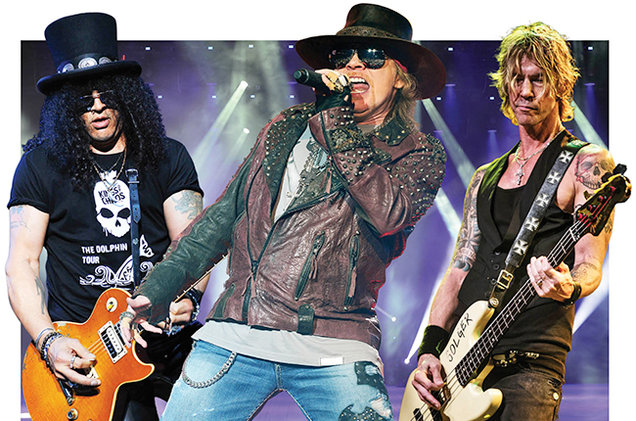 The reunited Guns N’ Roses — featuring Axl Rose w/ guitarist Slash and bassist Duff McKagan has six shows scheduled in 2016, all in April: two at the Coachella Music And Arts Festival, two in Las Vegas and two in Mexico City.

The rest of the band’s lineup remains unclear, although keyboardist Dizzy Reed, guitarist Richard Fortus, and drummer Frank Ferrer are believed to be involved.

In recent a social media post that’s since been deleted (but captured on Reddit), Pitman wrote: “This is a nostalgia tour, please don’t mention those who are there the last 20 fkg years.,,, oh god no! …(a money grab) FU.” 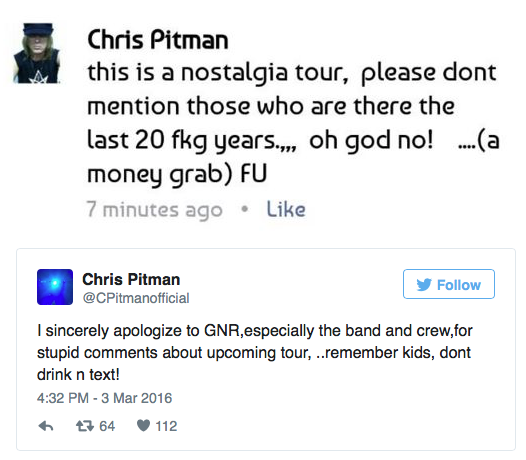 Pitman joined GN’R in 1998, performing keyboard, bass, percussion and backing vocals. He played on the band’s sixth album, “Chinese Democracy” and is one of the longest serving members of the group’s most recent lineup.