GSP vs Bisbing finalized for UFC 217

Former UFC Welterweight Champion, Canadian Athlete of the Year and Captain America villain Georges St. Pierre has finally agreed (for real this time) to the terms of his UFC return.

Finally signing my UFC 217 Bout Agreement vs. Michael Bisping for Nov. 4th at MSG – Get ready for a big night in NYC!!!

This fight was actually announced in March and was originally schedule for the end of July but was pushed, apparently because GSP needed more time to get back into fight shape. Other reports claimed that GSP was having eye-problems.

Whatever the case, the fight is now set for November 4th 2017. 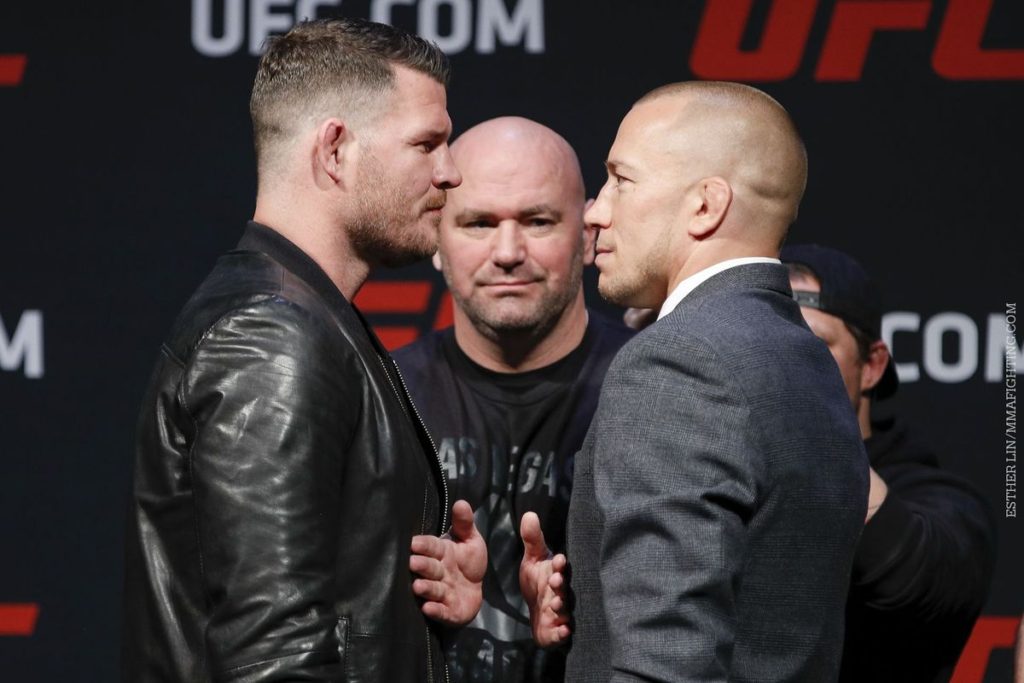 This will be the first time GSP (25-2) fights not only Bisbing (30-7) but at middleweight in the UFC after spending his whole career at welterweight. (Welterweight is the weight class below middleweight; welterweights weigh in at 170lbs, while middleweight’s upper limit is 185lbs.)

No one needs to drone on about how good of a wrestler GSP is, but something that’s going to come up in this fight is strength; GSP was, certainly, the strongest fighter in the welterweight division while he was active, and while he may not have had the hardest punches, he was the best at maintaining position and throwing his opponents around.
So, how will the extra weight make a difference in the fight? Will he be able to grapple and throw around a much bigger man with Bisbing at 185lbs?

Bisbing is a very good boxer, with 16 of his 30 wins being knockouts. He’s also a graduate of the reality TV series The Ultimate Fighter, winning the third season under Team Tito Ortiz. Bisbing stepped into a middleweight fight against Luke Rockhold on just 17 days notice to capture the gold, and has since defended it by avenging a loss to the legend Dan Henderson.