Frontman for the iconic Southern Rock band The Allman Brothers, Gregg Allman, has passed away at age 69 in his home in Savannah, Georgia.

Cause of death, as of the writing of this article, has not been released officially, but a representative of the band confirmed it happened late Saturday (May 27th). During his later years Allman fell victim to a string of poor health, needing a liver transplant in 2010 and getting diagnosed with hepatitis C in 1999. 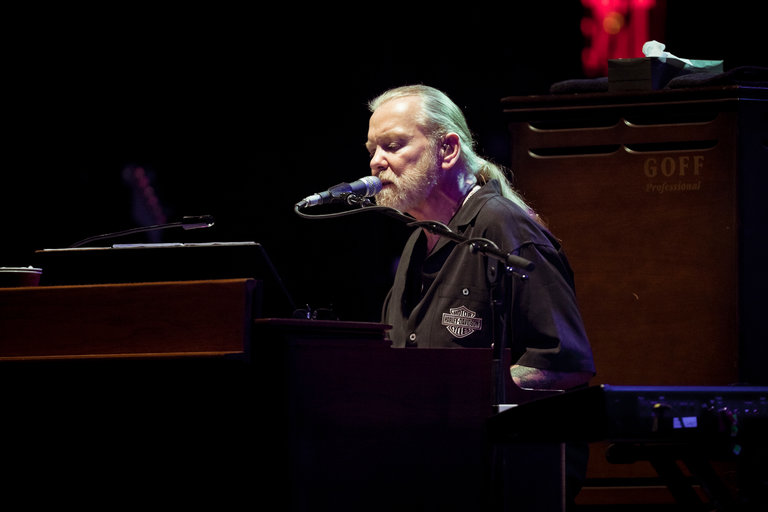 Gregg served as the frontman for the Allman Brothers band for 45 years, co-founding with his brother Duane. Gregg bought the first guitar in the family using the money saved by a paper route (and although it was Greggs, it wasn’t long before older brother Duane was playing it more and more.)

Elder Duane was also the first to break into the music industry, signing a recording contract with FAME studios to be their session guitarist. The job allowed Duane to rub shoulders with some of the industrys greats at the time, like Aretha Franklin, Wilson Pickett, and more. Duane would continue shifting through musicians to perfect his ideal image for a band, eventually adding brother Gregg as the missing piece on vocals and keys.

The Allman Brothers Band only released two albums (Idlewood South and Live At Fillmore East) before co-founder Duane Allman tragically died in a motorcycle accident in 1971. The surviving band members held a series of meetings that ended with the unanimous decision to keep the band going. The band would continue soldiering through many hardships, such as more deaths in the band and in-fighting between members. The band did briefly disband in the 80s, as Gregg would go on to release a few solo albums. They reformed twice, and were named into the Rock And Roll Hall Of Fame in 1995.
Gregg Allman would also receive a Lifetime Achievement Awards from the Grammys. Also among his many achievements is an honorary doctorate of humanities from Mercer University in Macon, Georgia.

Gregg was also a songwriter for the band, penning some of the bands most well known songs; Dreams, Melissa, Whipping Post, and Midnight Rider.

He is survived by children Elijah Blue, Michael, Devon, Delilah, and Layla.
He is also survived by the legacy of the Allman Brothers Band.

It is with deep sadness we announce that Gregg Allman, a founding member of The Allman Brothers Band, passed away peacefully at his home pic.twitter.com/8g0pAT3kky

He showed me his tattoos… his voice…. his soul. #GreggAllman pic.twitter.com/pGhgyhjcMV

So sad to hear Gregg Allman passed away I admire him so much & had the honour of jamming wth him recently. A gentle soul with so much soul.

Sad to learn of Gregg Allman's passing at age 69 today. Here's the only time the guys every played with an Allman: https://t.co/A7yVTCGwSr

Wow. What a loss. RIP @GreggAllman Thanks for the music and the memories. The world is a better place thanks to your music. pic.twitter.com/XXYXWoWEnp

Thank you @GreggAllman… for the inspiration, and for those many holy nights on stage. pic.twitter.com/FV6Qn5zXeE

Rest In Peace Gregg Allman. Duane’s been waiting a long time to jam with you again.