Gone Is Gone (Feat. Mastodon, At The Drive-In, QOTSA members) Release ‘Death Of A Dream’ Video!

If you don’t know about Gone Is Gone, now you do. The ‘super group’ features Mastodon’s Troy Sanders, At The Drive-In’s Tony Hajjar, Queens of the Stone Age’s Troy Van Leeuwen and guitarist-keyboardist Mike Zarin and they just released the video for “Death Of A Dream”.

The song is from Gone Is Gone’s new album “If Everything Happens For A Reason…Then Nothing Really Matters At All”, due out December 4th.

Hajjar says of the album, “I definitely had some strong ideas coming into this record. My idea was to make a record that could be played by all of us in a certain fashion or even just one of us with some electronics. I really wanted the record to live in many forms. We feel that we accomplished that… It is a record that pushed us creatively. We expressed ourselves fully without any barriers or fear of what people would think.”

Sanders adds: “I feel it is our most solid and interesting release to date. As musicians, we always seek to explore new sounds and push ourselves to create unique moods and atmospheres. In our eyes and ears, we have achieved this.” 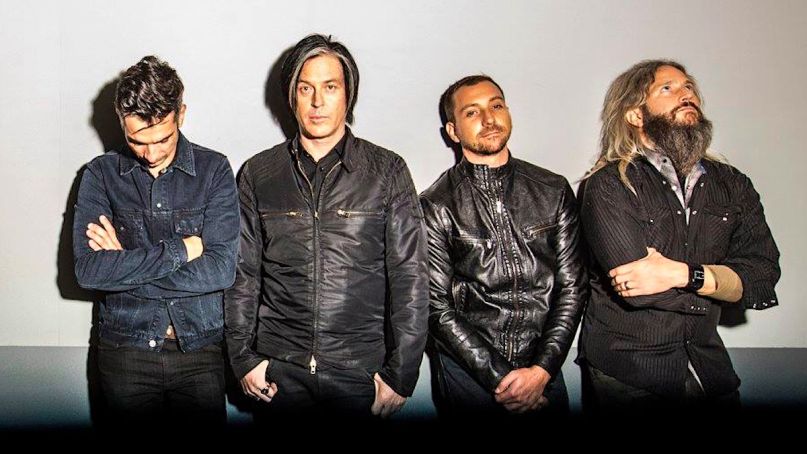 “If Everything Happens For A Reason…Then Nothing Really Matters At All” track listing:

Do you think this album will do even better for the band?