Australian swimming legend Dawn Fraser reignited the debate about whether golf deserved to be part of the Olympics after she criticized fellow Australian’s Adam Scott’s decision to skip the Rio Games. 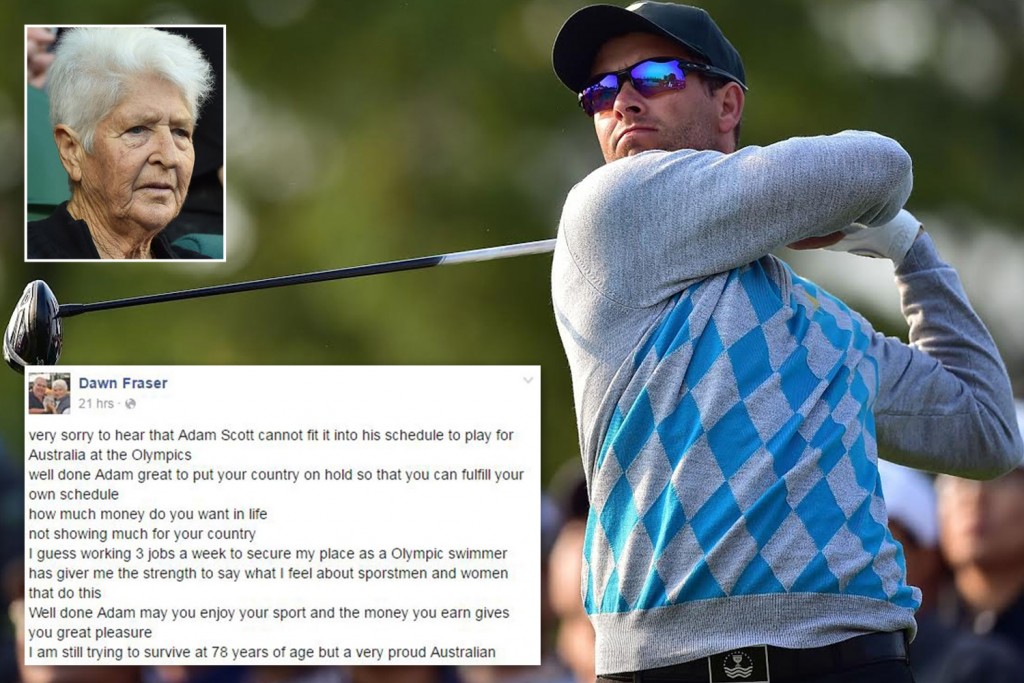 A gold medalist at the 1956, 1960 and 1964 Olympics, Fraser accused the world’s #7 golfer of putting money ahead of national pride.   “Very sorry to hear that Adam Scott cannot fit it into his schedule to play for Australia at the Olympics,” Fraser, 78, wrote on Facebook.   “Well done Adam… great to put your country on hold so that you can fulfill your own schedule.   “How much money do you want in life? Not showing much for your country… I guess working three jobs a week to secure my place as a Olympic swimmer has given me the strength to say what I feel about sportsmen and women that do this.”

Scott announced this week he would not compete in Rio, where golf will return to the Olympic program after a 112-year absence, because of scheduling conflicts “and other commitments, both personal and professional”. 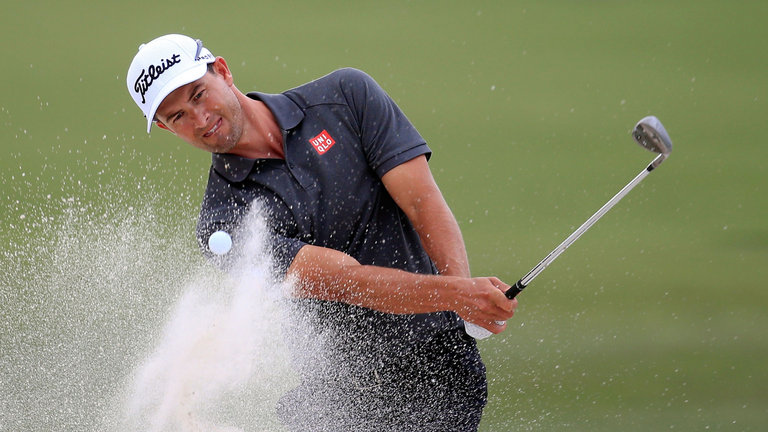 Golf was brought in for the Rio de Janeiro Olympics onwards, along with Rugby, with the International Olympic Committee hoping to grab new viewers with the two sports.

Scott is one of three high-profile golfers to have withdrawn from the Games.   Fiji’s former world #1 Vijay Singh and South African Louis Oosthuizen have also pulled out.   “I have always represented South Africa with pride so didn’t make my decision without a great deal of thought,” 2010 British Open winner Oosthuizen said in a statement.   “I would like to wish our golfers and all other athletes competing in Brazil all the very best for success.”

The Rio Olympics take place from Aug. 5 to Aug. 21, with the men’s golf tournament ending Aug. 14.