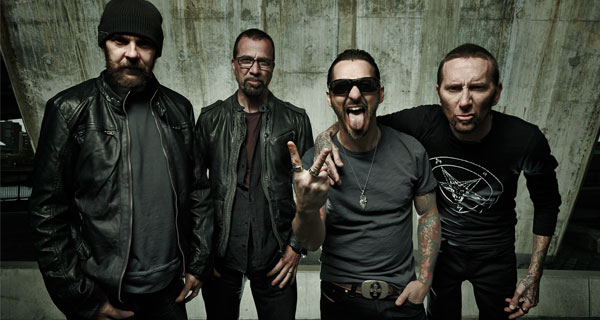 Erna was recently a guest of “The Rod Ryan Show” and talked about the long gap between Godsmack records: “We were going to drop a record this year — we didn’t want the records to be so spaced apart… But it kind of seems like a theme with us — it’s always three or four years before another record comes out. Part of that is because by the time it takes you to write and record and tour on an album, it’s eighteen months to two years. But this time, we wanted to do something this year, but we were just, like, ‘You know, let’s just wait another second,’ because if we release this at the top of 2018, it will be our twentieth-year anniversary of the first record, and we wanna do something special.”

And, Sully dropped some awesome news about a “Big World Tour” in 2018: “We’re gonna do a massive production. We’re gonna kind of base it around the theme of the first record. We’re even talking about coming out and doing the first record front to back to open the show — set up the staging a little bit more old school and stuff like that, and then kind of morph it into the back half of the set, which would be all the hits and the solo and some of the new stuff.”

This new Godsmack album will be the first for BMG (following the band’s split with longtime label Republic/Universal). Godsmack signed a contract with BMG Fall ’16.