Godsmack Announce ‘Lighting Up The Sky’ Album, Release ‘You And I’ Single

Godsmack has set a release date for their new (and likely last) album, “Lighting Up The Sky”. You’ll be able to get your hands on it on February 24, 2023. And, they’re released the second single, “You And I”!

Erna says, “I like when a record takes you on a journey from front to back. I realized there’s a whole story here about one man’s journey, the ups, and downs. I believe it’s a story everyone will connect to, on a human level, because we’ve all gone through things in life.”

“Lighting Up The Sky” track listing: 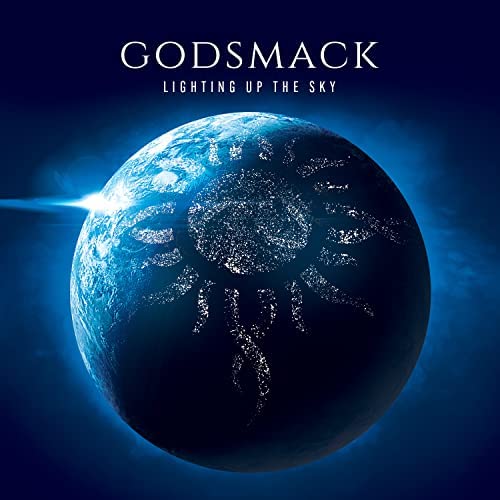 Erna was recently interviewed on Minneapolis, Minnesota radio station 93X and talked about the new album, “It’s the most important record, I think, we’ve ever written and recorded. I’ve never been that artist who says, ‘Oh, this record is our newest record. It’s our best work ever.’ You can read any interview you want over my whole career, and you’ve never heard me say it. I’ve always loved our records [and] I always knew there would be some good singles on it and hoped it did well, but I was never the guy that said, ‘This is our best fucking work ever.’ And I’m telling you right now this is our best fucking work ever.”

Erna added, “What I’m saying is I think this may be the last body of work you get musically from the band. And it’s because we’re in this place in our lives right now where we’ve done a lot of work over the last three decades. Without sounding egotistical, which we’re not trying to do, we’re at 27 Top 10 singles, 11 Number Ones. We could literally do back-to-back nights in an arena and play 15 songs a night and never play the same single twice, let alone the ‘B’ cuts.”

And you can expect Godsmack to hit the road hard when the album is released, “That’s forever now. It’s forever now. From the point we start touring, we will always tour. We may take some breaks here and there, but we’re now gonna start setting up the greatest-hits show, because we feel like we’re able to do that. We can now play the best of the best that the fans have identified as what they’ve enjoyed the most over the years and why these songs became hit singles.”

Are you disappointed that Godsmack will likely not record a new album after this one?