An interesting look into the life of Guns N’ Roses. Duff McKagan’s wife Susan was recently a guest of the Appetite For Distortion podcast and said that the band is “working fastidiously” on new music!

You haven’t heard new music from the band featuring Axl, Slash & Duff together for almost 30 years. THREE DECADES. And, from what we’re hearing, that should change soon!

Susan said, “I will say GN’R have been working fastidiously on killer new stuff. And I can’t say much, but I’ve heard bits and bobs and it’s pretty epic. I do wanna spread the good news, but not detailed news, I guess.”

She’s right. This is nothing new.

You may remember that Slash was interview by Guitar.com at the start of 2020 and he said, “Stuff is happening, but there are no specifics … I mean there’s material and there’s recording and there’s shit going on, but we’re not really sure what we’re doing with it right now.”

Regardless, great news that they’re working on new music and it’s kick-ass. No surprise. 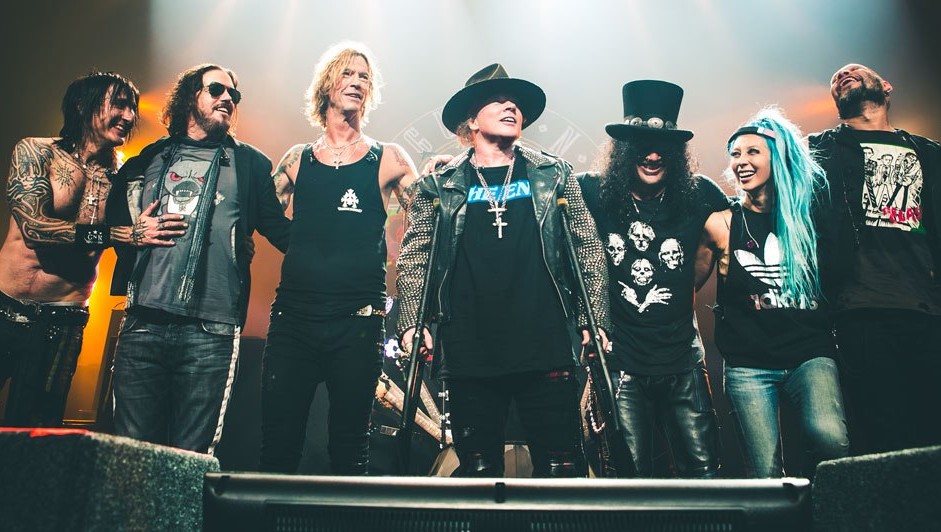 Meanwhile, they have a summer North American tour planned (with Smashing Pumpkins set to open several dates) but with COVID-19 still on a path of destruction, will that even happen? That’s supposed to start July 4th in Milwaukee, btw.

Will we hear a new album in 2020? 2021? Will they tour this summer? Time will tell. But the best thing is that they’re working on new music! Killer kinda-news.