A concert film shot in 2002, dedicated to late Beatles George Harrison, is being re-released to theatres worldwide later this month!

The film and its soundtrack have been remastered in Dolby Atmos, and a new introduction by Olivia and daughter Dhani Harrison will precede screenings. 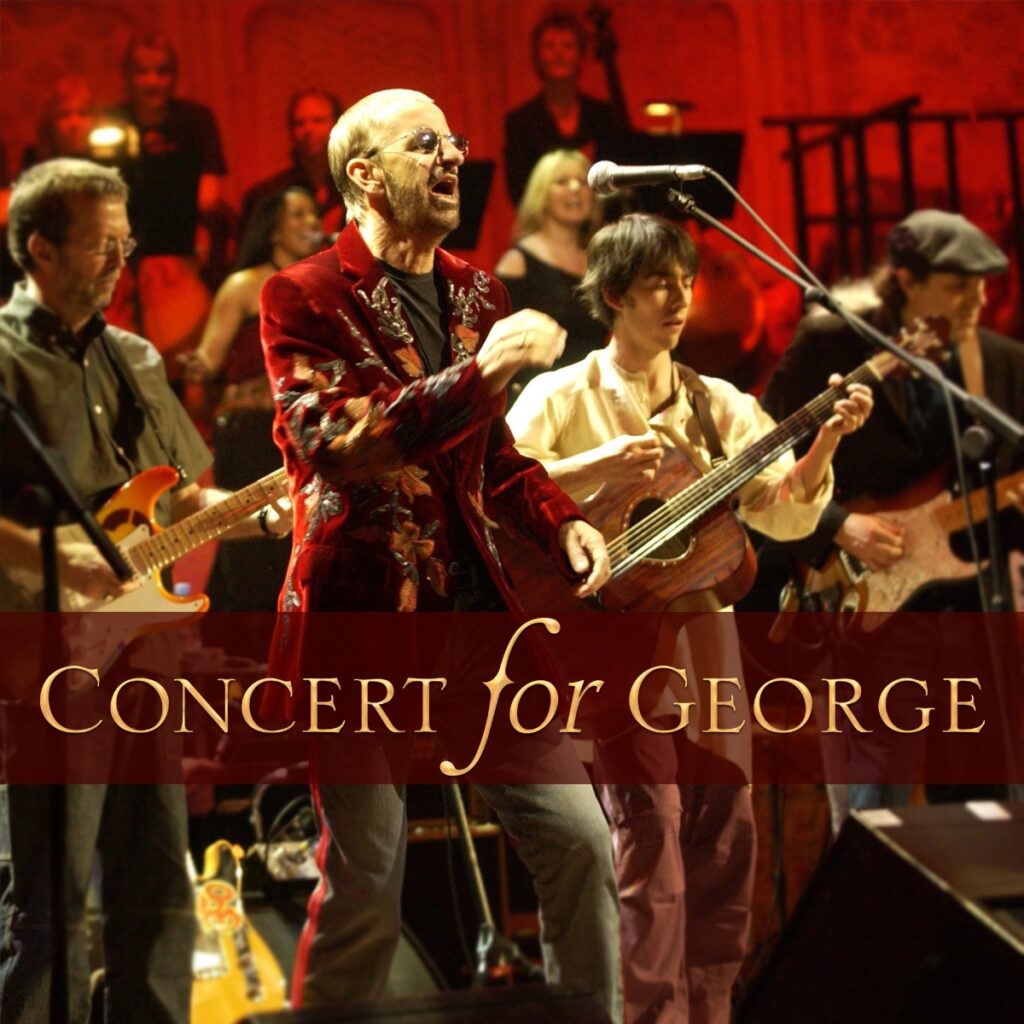 The film, released on November 29, will mark the 20th anniversary of the performance. You can find a list of cities/theatres here.

Harrison’s widow Olivia said, “A long time ago, imagining his ideal gig, George had said, ‘I could do something like that someday… If I had a ‘special’ I would like to have a few people who mean something to me. [It was] the most deep moving songs written by George, whose meanings were potentised by his absence, played with heart and soul by a core group of friends. It is a joy to be able to relive that incredible evening again, on a big screen, 20 years on.”

What’s your favourite live-concert ‘movie’? The C.C.R. documentary streaming now on Netflix is outstanding. Worth a watch, for sure!